"A landslide WIN is LOADING" - Kabando to Raila and Karua.

- He congratulated Odinga for picking her as his running mate. 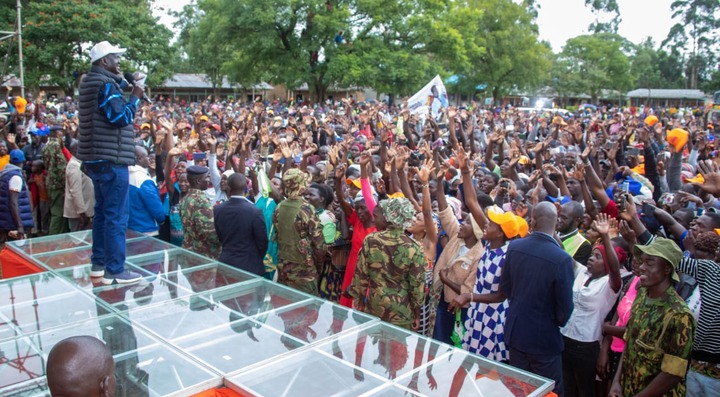 Kabando, who took to Twitter to announce this thanked the opposition Chief Raila Amolo Odinga for picking Martha Karua as his running mate.

While lauding Odinga's choice, Kabando was keen to note that his choice will inspire generation to come.

He said Martha Karua brings campaigns of decent issues and nonviolence adding that: "A landslide WIN is LOADING"

The ODM Secretary General Edwin Sifuna on his part at a Azimio rally said the coming polls should be about integrity. He say Martha Karua and Raila Odinga have a history of fighting for justice in Kenya.

Sifuna explained that if you have a look at Hustlers UDA party list, you may think it is a report from Chief, people who have cases from up down.

He urged Odinga note to leave anyone who was with him in the second liberation bacause they respect all of them.

"We want to here the voice of Willy Murunga, Khalifa Khelef and Rev Timothy Njoya. You can't be silent while evil is threatening the nation."