Is This Ruto's Secret Plan To Sink Uhuru in Kiambaa?

By LarryKatana (self meida writer) | 25 days 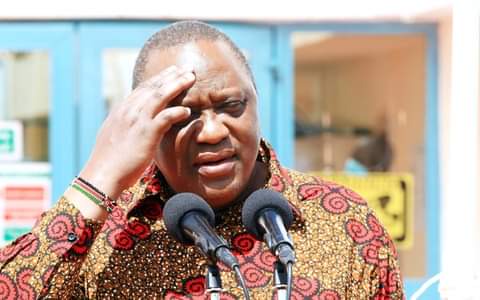 Uhuru Kenyatta-led Jubilee Party had a day to forget in Juja constituency after being trounced by George Koimburi who had the backing of the DP and his key allies in Mount Kenya.

The twin loss left the President in an awkward political position in his own backyard ahead of the next general election.

With Kiambaa now being the next battle frontier, it remains to be seen if the Head of State will save his face. Or is Dr Ruto going to make a strong point that Uhuru has lost in the race for Mount Kenya?

In Juja, the seat was delivered by Gatundu South MP Moses Kuria- led People Empowerment Party after UDA withdrew from the race.

But in Kiambaa, it has already been confirmed that both PEP and UDA will field candidates.

Put differently, Ruto will have two candidates battling for the same seat. Is it a ploy to hoodwink Uhuru and his camp?

The move by the DP's camp to field two candidates may just be a game plan to blindfold Jubilee so that they can present a weaker candidate before the UDA and PEP aspirants team up together to hand Uhuru another humiliating defeat.

If anything, it is very unlikely that Ruto can allow unnecessary internal rivalry to cost him the precious Kiambaa seat. Yes, the DP must be playing with Uhuru's camp before pulling a secret card.