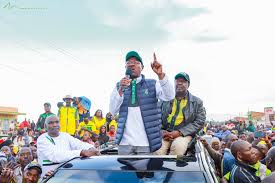 Wetangula has slammed Uhuru Kenyatta for ditching his Deputy President and camping with Raila Odinga who was his main competitor in both 2013 and 2017.Wetangula has said Uhuru is a person without gratitude having been helped to clinch the Presidency with Ruto by his side.

Wetangula said,"Asante ya Punda ni Mateke" while in a rally in Kilifi.Wetangula accused the President of leaving all the mantle of campaigning in cost under Ruto's shounder.Wetangula has said the President never visited Kilifi while looking for votes.

Wetangula has praised William Ruto for his efforts that saw Uhuru retain his position in the 2017 elections by campaigning for him in Kilifi where he garnered enough votes that enabled him to beat Raila Odinga.Wetangula has urged the people from the coast to support William Ruto's presidency since he will bring change to the economy of Kenya. 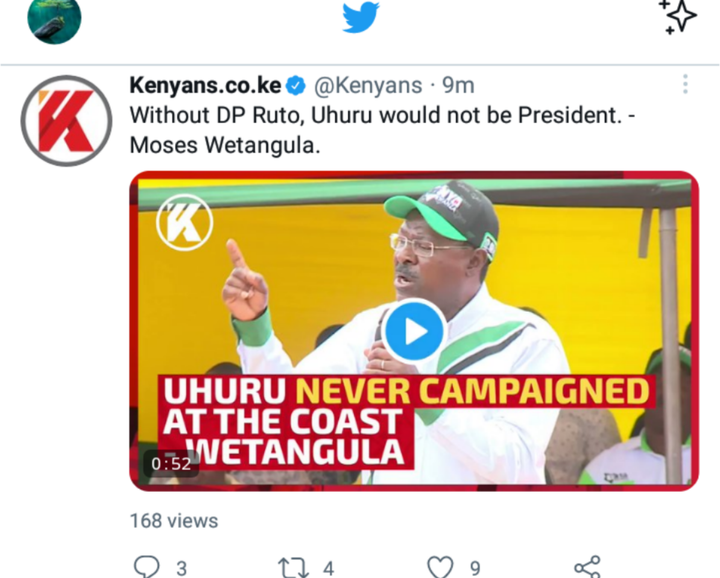 Wetangula has said when Kenya Kwanza forms the next Government,politics of deceit,hatred and conmanship will end.Kenya Kwanza team have taken a dig at Uhuru Kenyatta since they feel he is a betrayer.The Kenya Kwanza feel pity for Raila Odinga since Uhuru Kenyatta has failed to campaign for him publicly with only one month to elections.Please share.

Another Win To Ruto, Blow To Raila After These Details Emerges On National Assembly Party Battle

"We Know Where we Are" Martha Karua Says, Reveals The Only Thing They Are Waiting

The Power Of A Woman: Here Are Seven Women Who Have Officially Been Elected Governors