Didmus Barasa To Remain In Custody

By TushTush_ (self media writer) | 1 month ago

The embattled member of parliament for Kimilili, will remain in custody for an additional 10 days to enable the conclusion of a murder investigation, the Office of the Directorate of Public Prosecutions (ODPP) has decided. 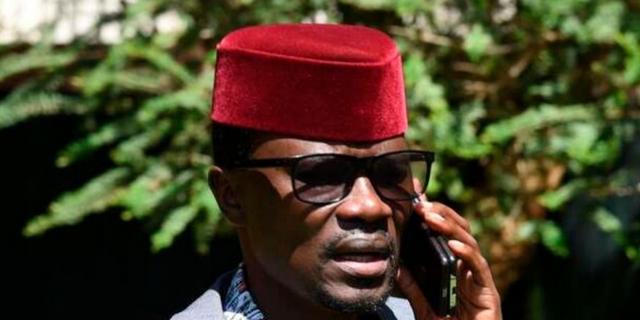 The Independent Electoral and Boundaries Commission (IEBC) officials will be taking testimonies alongside witnesses from the National Youth Service, according to the ODPP, which issued the directive on Tuesday (NYS).

Didmus Barasa, the MP for Kimilili, will be kept in detention for a further 10 days after the prosecution requested more time so that investigators could finish their inquiries and allow more witnesses, such as NYS and IEBC officials, to provide testimony.

The Director of Public Prosecutions (DPP), Noordin Haji, will confirm the "state of investigations before deciding to charge," the ODPP reports, on Wednesday, August 24. This comes after Barasa was charged with murder in an online hearing on Monday at the Bungoma Law Courts.

On the night of the general election on August 9, he is suspected of killing Brian Olunga, a supporter of Brian Khaemba, his primary challenger in the contest for Kimilili MP. According to a police report, Khaemba visited the Chebukwabi polling place on election day at around 6 o'clock in the evening to watch the counting of ballots.

However, he ran into Barasa at the polling place, and the two quickly got into a fight, which forced Khaemba to leave the polling place. While Barasa and four other men followed Khaemba as he made his way to his car, Barasa gave the order to the guys to prevent Khaemba from leaving.

However, it's said that Khaemba's driver disobeyed Barasa's request and lit the car, which prompted the lawmaker to shoot Olunga in the forehead. The lawmaker remained missing for two days before turning himself in to police on Thursday, and he passed away from his injuries while he was being transported to the hospital.

However, the MP has denied claims that he purposefully fired his gun, killing Olunga in cold blood, and has insisted that even he has difficulty recalling what happened on the day of the incident.

Content created and supplied by: TushTush_ (via Opera News )