By BreakingNewsChannel (self meida writer) | 7 days 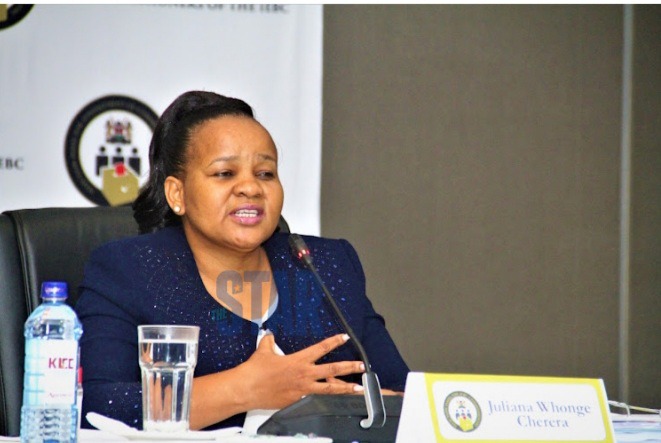 In a statement released on Wednesday, IEBC chairman Wafula Chebukati said Cherera was unanimously elected at a meeting.

During her review by the National Assembly's Justice and Legal Affairs Committee, Cherera said she would stay in office even if she faced attempts to interfere with her work or pressure from outside. the part of politicians to resign before the elections.

Appearing for the approval hearings, Cherera had said she would put the public's interests first.

“If things go wrong, I'll stay put. I'll be like a captain. You know, captains never give up on ship,” she said.

"I will advocate for the public interest first. I will speak for the vulnerable and those who have no voice."

Cherera was one of four new commissioners appointed to the electorate by President Uhuru Kenyatta.

Others include; Francis Wanderi, Irene Masit and Justus Abonyo.

Prior to joining the IEBC, she was Head of the Mombasa County Governor's Office. She is also a teacher by profession.

She succeeds Consolata Nkatha who deputized for President Wafula Chebukati until April 2018, when she resigned alongside Commissioners Margaret Mwachanya and Paul Kurgat.

The commissioners cited lack of confidence in Chebukati's leadership as the reason for their resignation.

Their exit followed that of Roselyn Akombe who was the first to leave the electorate in 2017, as Kenya prepared for a new presidential election.

The IEBC has assured Kenyans of its commitment to hold free, fair and credible elections in the 2022 general election.