The vocal Political Analyst Mutahi Ngunyi has taken a swipe at President-Elect William Ruto citing that his ambition to lead the country may just stop at that point.

William Ruto was declared President-Elect by the Independent Electoral And Boundaries Commission's Chair, Wafula Chebukati on the 15th of August 2022, after emerging the winner in the just concluded general elections.

However, William Ruto's competitor, Raila Odinga, and his Azimio team reject the results claiming they are the ones who won. They vowed to move to the Supreme Court to contest the results.

Now through his social media page, Mutahi Ngunyi has cited that William Ruto's ambition may just stop at President-elect Ruto. He, however, did not give the basis of his argument. He went to hail President Uhuru Kenyatta for maintaining peace during and after the elections.

"Uhuru Kenyatta GAZETTED Ruto as President-Elect. He even APPOINTED the TRANSITION COMMITTEE to hand over POWER. But Ruto's AMBITION to become PRESIDENT may just STOP at 'ELECT'. President-elect Ruto." Mutahi Ngunyi Cited. 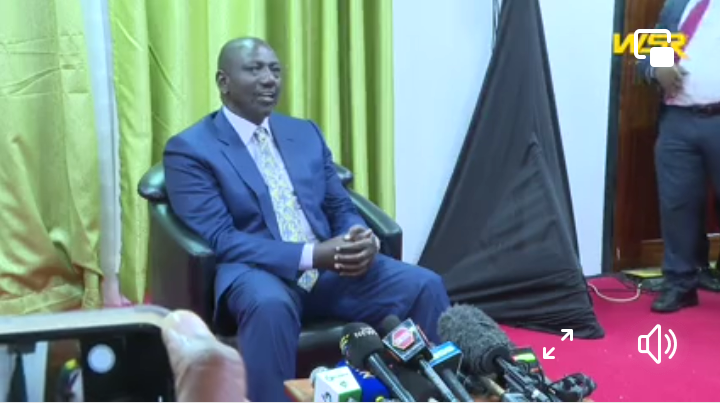 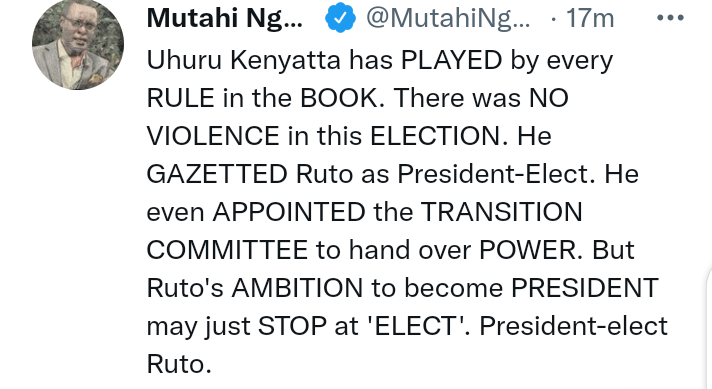