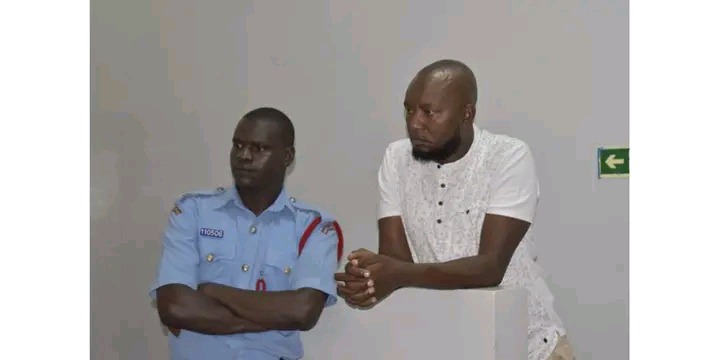 Kerugoya MCA and Kirinyaga UDA aspirant Kamau Murangi when he appeared in court on Thursday.

Hon Kamau Murango, the majority leader in the Kirinyaga county assembly and an aspirant for the Senate seat under the United Democratic Alliance is in trouble as he is facing some fraudulent charges.

Alongside Ms Kemunto who never appeared before the Court today, the two who were previously directors of Ports & Harbours Support Services allegedly acquired taxpayers money fraudulently as they pretended to supply Grove crane spare parts. 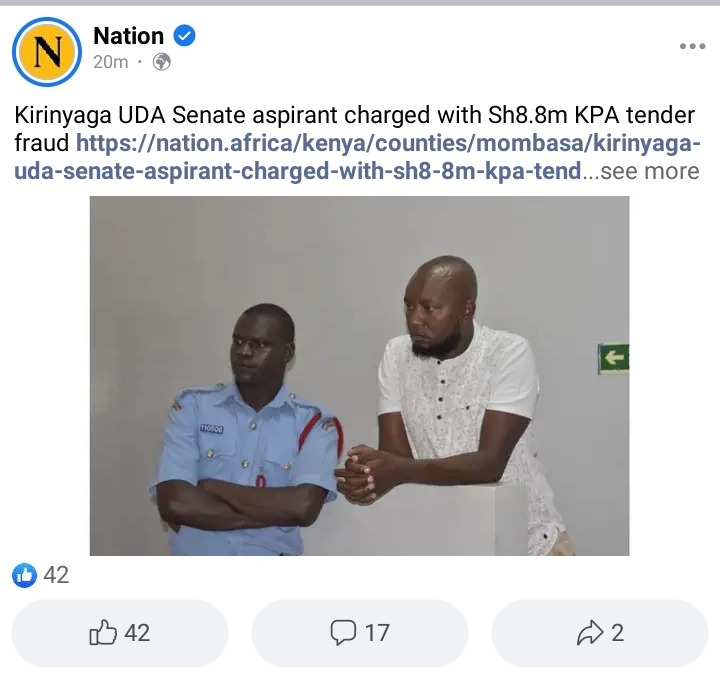 The reports claim that Mr Kamau is facing some risk of not being allowed to vie for his seat, but in his defence, he stated that he is being targeted by his opponents to ruin his political career.

Locals Heckle Munya After He Rubbishes Ruto's Manifesto In Meru.