Ruto On Why He Appointed Uhuru As Peace Envoy 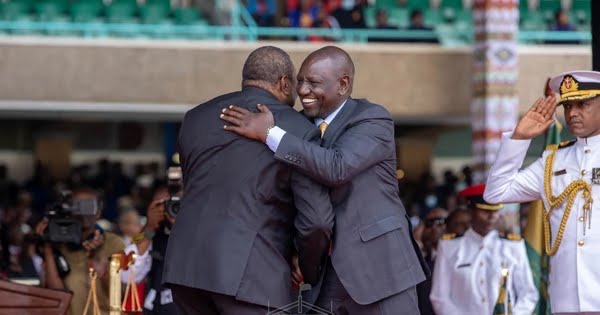 President Ruto yesterday explained why he appointed his predecessor Uhuru Kenyatta as a peace envoy in some conflict prone areas across the continent.

President Ruto, who appeared for an interview with Al Jazeera said that he is confident in his former boss's capabilities to deliver in his new mandate.

"I named President Uhuru as an envoy because I believed in him. I believe that he can brings value to the processes in Ethiopia and DRC. What was there between him and me was a competition." He said.

"It was just a race between me and the candidate he supported (Raila Odinga). Being in a democratic country, we are protected by the constitution and we know that we can compete but when one is defeated, we don't have to be enemies," Ruto added. 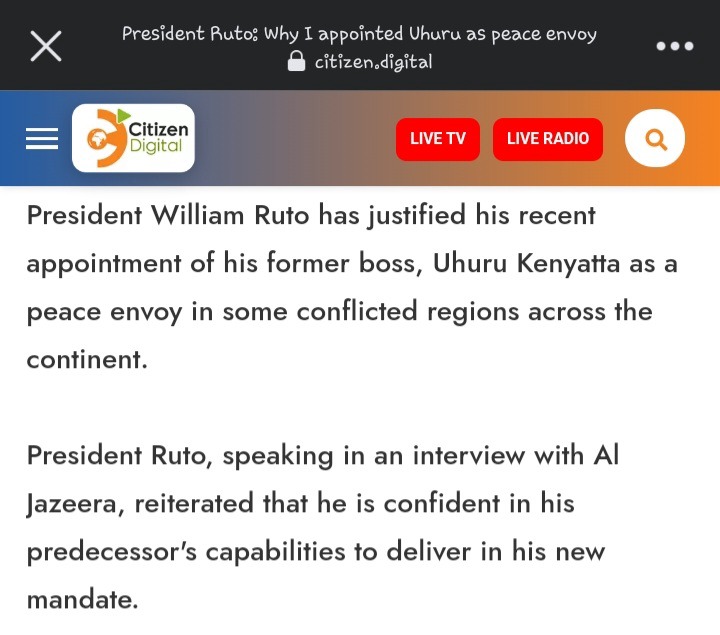 At the peak of the interview, President Ruto dismissed the immediate withdrawal of Kenya soldiers from Somalia, adding that they will be back to Kenya after the expiry of their mission.

President Ruto took oath of office as the Kenya’s fifth president in the capital, Nairobi on September 13th, 2022.

He was sworn-in in a peaceful transition process graced and witnessed by 20 African leaders including global dignitaries after a tightly contested election.