Controversial political analyst Mutahi Ngunyi has caused a stir yet again with another tweet in which he has compared how former Prime Minister Raila Odinga and his rival Deputy President William Ruto have handled people attempting to breach their security detail during their respective campaign rallies.

In the first instance during a rally in Thika, a citizen trying to get the attention of the former prime minister is calmly handled by Odinga who beseeched his bodyguards not to manhandle the citizen who issues a letter to him and Raila promises he will accord him feedback. 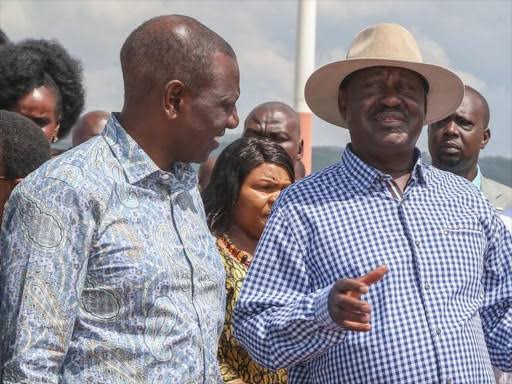 His rival William Ruto on the other hand rebukes a rowdy youth who appeared to get the attention of the second in command who handed him the option of either keeping mum or leaving the meeting.

The tyranny of numbers professor has retweeted a video shared by his close ally Prof Makau Mutua with a caption praising Raila Odinga for being on the right side of history. 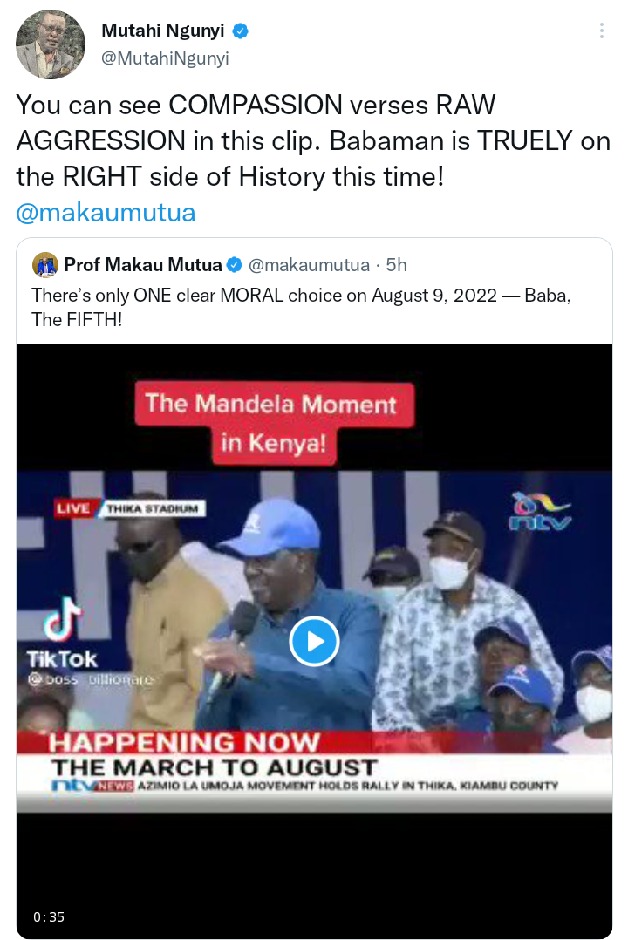