Mbeu Ward Political Aspirant Papa Festus Githinji has accused residents of lying to him after he was allegedly defeated by his opponents. In a news report that has been shared by a reliable source of information, it has been revealed that the renowned politician allegedly lost to his opponent who allegedly beat him by a large margin.

According to the reports given by Githinji, he accused residents of lying to him. Speaking about the incident, Githinji has claimed that he allegedly used most of his resources in Campaigning adding that he was sure that he was going to win.

However, when the time came, the renowned politician claimed that locals voted for his opponents in large numbers.

"I don't understand how i lost but again, i spent all my resources and i honestly think that people used me. I was kind enough to give all i had to people who didn't even care to vote for me. I have been moving here and there in attempts to get them to vote for me and they promised to do so. When the time came, they all left me and voted in large numbers for my opponent and that's okay, i have learnt my lesson", Festus Githinji.

While reacting to this incident, kenyans who took to their different social media accounts to express their opinions and suggestions on the matter have called upon the renowned Political Aspirant to not give up and find another niche.

According to the reports given by most Kenyans, they claimed that it was so unfortunate that most politicians often engage in unnecessary court cases after losing instead of taking their energy in other niches. 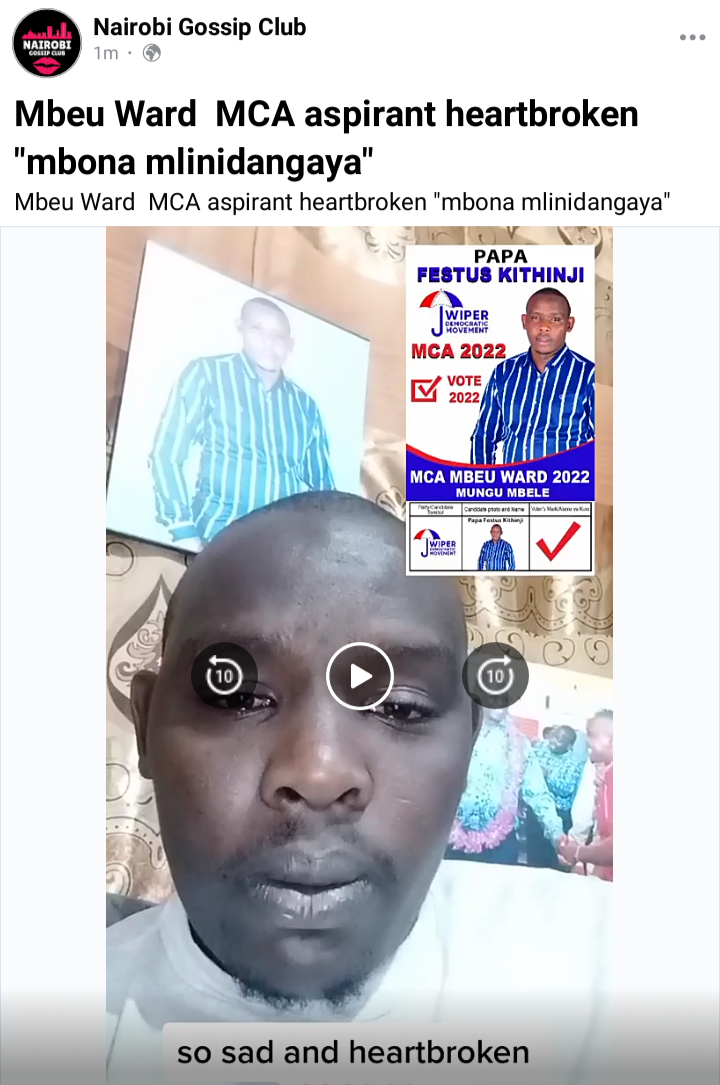 Thug Attacks a Police Officer While Inspecting Vehicles, Hit Him Before Taking His Firearm

There were no Smoking of Bhang in My Strip Club, Nightclub Owner Defends Herself