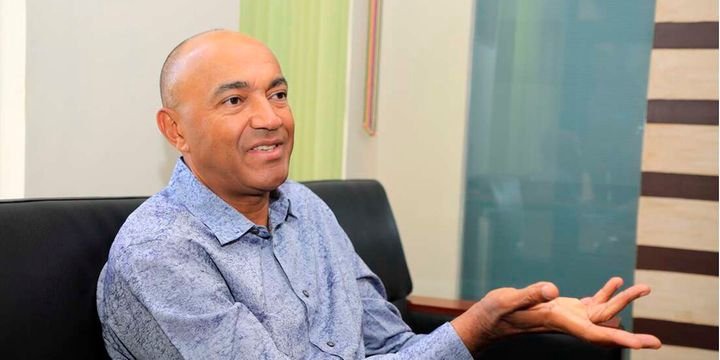 Former Gatanga Member of Parliament Peter Kenneth has been faulted over the moves he has been making since the 2013 general elections.

Then, Kenneth vied for the presidency, a position analysts and politicians from his county say he was not ready for and unfit to vie for at the time.

In 2017, Kenneth decided to vie for the Nairobi top job, despite being from Murang'a, once again losing, this time to former governor Mike Sonko.

In the concluded elections, he teamed up with ODM leader Raila Odinga, a move observers saw was wrong and he would have had much more impact had he focused on Murang'a politics.

They hold that he also messed himself up by working with Raila's Azimio La Umoja coalition, and would have easily captured the governor seat had he joined President-elect William Ruto's UDA party. 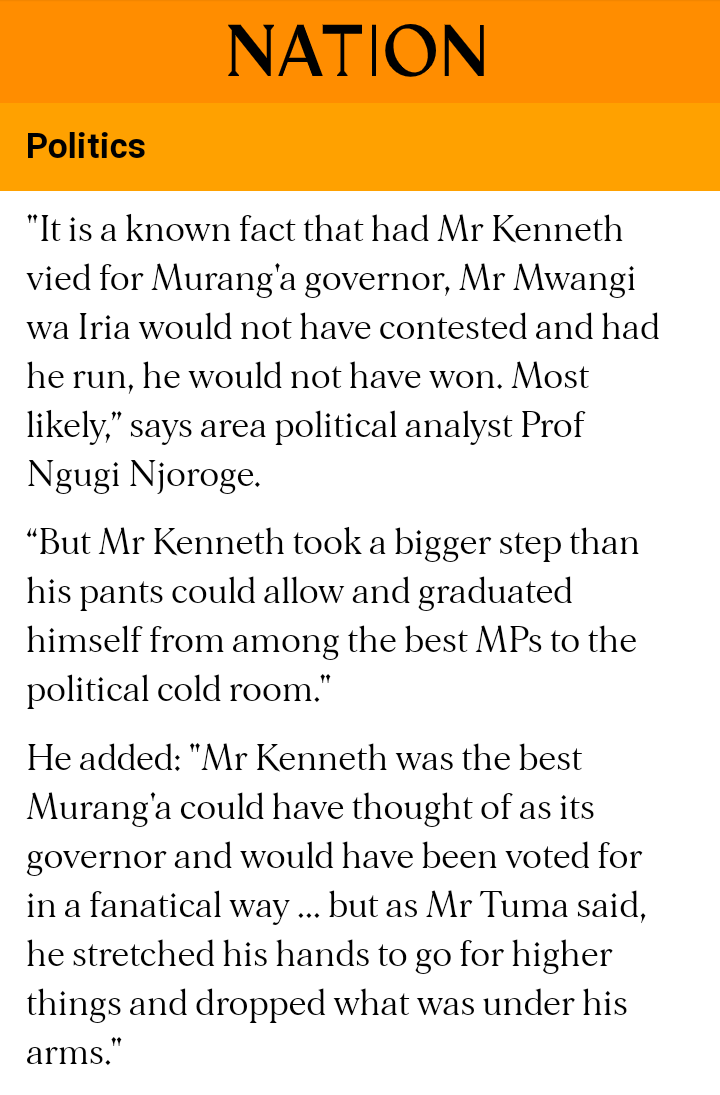 Maragua politician Edwin Murira says that Kenneth would have easily defeated Murang'a Governor Irungu Kang'ata had he distanced himself from Raila.

"But the problem was his political leanings in the Azimio la Umoja One Kenya Coalition Party. Had he detached himself from that formation and joined the United Democratic Alliance (UDA), he would have given any of his [likely] competitors in Murang'a politics a competition nightmare," he told the Nation.

Area political analyst Prof Ngugi Njoroge told the paper that Kenneth has only himself to blame for leaving what he had for what he couldn't get.

"Mr Kenneth was the best Murang'a could have thought of as its governor and would have been voted for in a fanatical way but he stretched his hands to go for higher things and dropped what was under his arms," he is quoted.

The observers say that Kenneth would have even won the governor seat in 2013, thanks to the name he had made for himself during his days as MP.