By IddAbia (self meida writer) | 18 days According to the Saturday Nation Newspaper, through an Article written by Joan Kimaru. It was revealed that the Deep State and the System are planning on how are going to block DP William Samoei Ruto ahead of the 2022 General Elections.

The Deep State is Preparing only two Candidates that are going to Compete against each other for the Presidential Election. But clearly they know who are going to pick as President Uhuru Kenyatta's Successor.

A few days ago, Baringo Senator Gedion Moi who is revealed to be President Kenyatta's Presidential Choice ahead of the General Elections, met with the Orange Democratic Movemen(ODM) Party leader Raila Amollo Odinga alongside Muhoho Kenyatta who is the Elder brother to President Kenyatta.

Leaving that aside, Kakamega County Boss Wyclife Ambetsa Oparanya also met up with DP William Samoei Ruto at his Karen Residence. Rumours started surfacing that DP William Ruto was planning for a Political Alliance with Raila Odinga ahead of the General Elections.

But during an Interview with Linus Kaikai on Citizen TV, DP William cleared the Airwaves and stated that he had no any plans to form a Coalition with Raila Odinga. 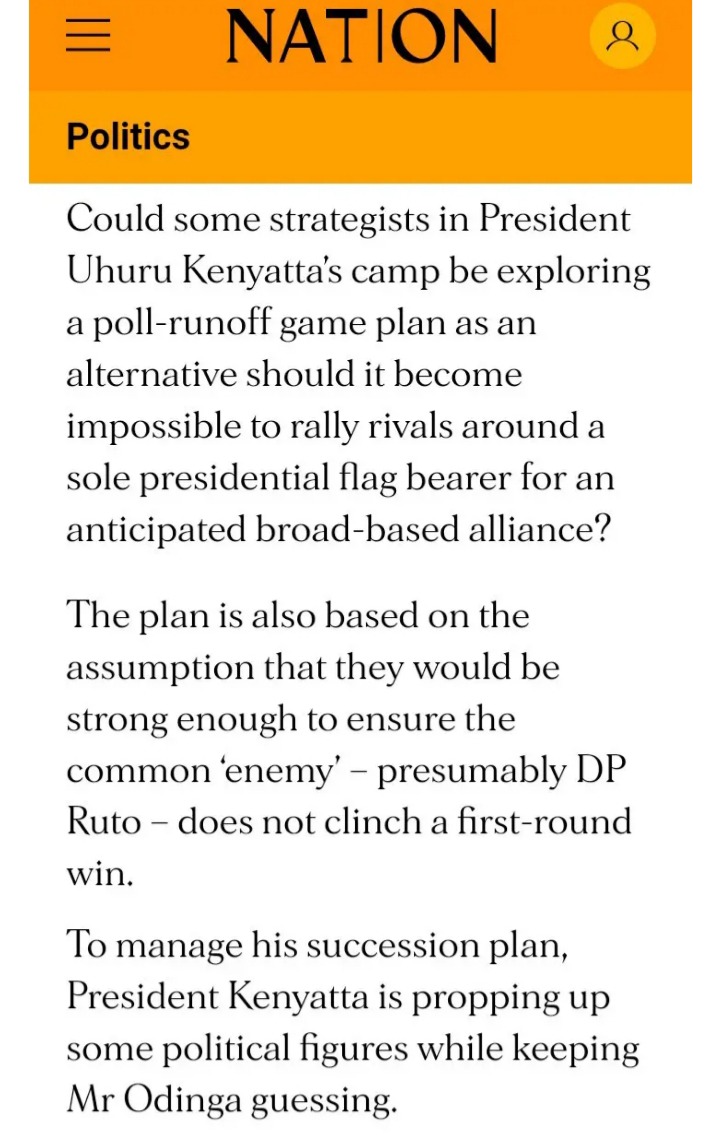