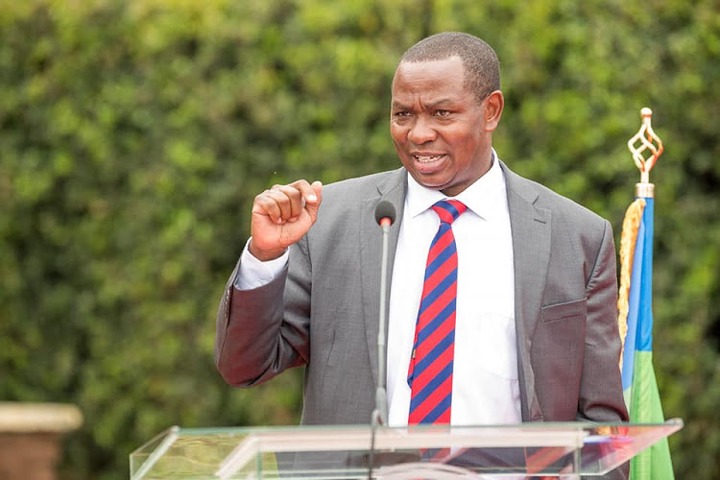 Governor Ndiritu Muriithi of Laikipia has accepted defeat after losing re-election to Joshua Irungu, who previously served as governor from 2013 to 2017.

It was announced on Saturday that Muriithi had sent a letter of congratulations to United Democratic Alliance (UDA) party candidate Irungu, who had received 113, 783 votes.

Muriithi issued a statement that stated, "I have called and delivered my warm congratulations to Joshua Irungu on his announcement as the Governor-Elect of our wonderful county of Laikipia this afternoon."

He also expressed gratitude to the several new county leaders who would be taking office soon and had promised a seamless transition to the incoming governor.

And I've guaranteed a trouble-free transition to his replacement staff for him. To all the new leaders, no matter what level they were elected to, on Tuesday, September 8th, 22nd, my heartfelt congratulations.

"I wish this new leadership well in their endeavor to serve the residents of our magnificent county in their individual positions," noting that "a general election is a critical democratic exercise through which citizens bestow on leaders the mandate and power to lead them."

Murithi received 48,812 votes, putting him in second place. He was the joint candidate of the Azimio la Umoja One Kenya coalition party.

Former Governor Irungu is returning to office after being defeated by Muriithi in the 2017 General Elections. Irungu was the county's first governor.

Muriithi also acts as the chairperson of Raila Odinga's campaign board for the Azimio presidential election.

KDFs Win 12 Out of 16 Awards In a Major Competition