The Presidential Candidate For One Kenya Alliance - Analysis 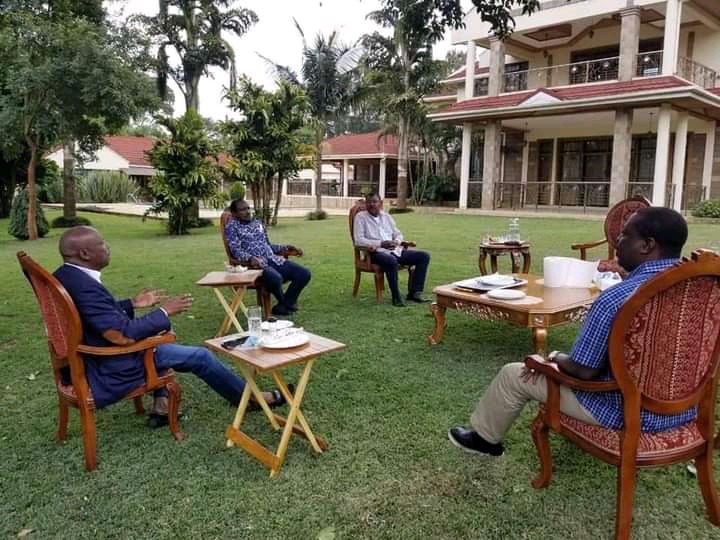 Choosing presidential candidate for any coalition is a gruesome task. It can either build or break the alliance. One Kenya Alliance is no exception. The hardest hurdle will be compromising on one person to represent the alliance.

Apart from Moses Wetangula, the rest of members are investing considerably to be the fifth president of Kenya. Moses Wetangula has also shown intent for the top seat but he is yet to hold big scale campaigns.

Moses Wetangula has been part of CORD as a principal and NASA at the same capacity. Although none of the coalitions have won, he has benefited immensely.

He is the only principal who has managed to win an elective seat on both occasions. As courtesy of being a principal he was also nominated as Senate Minority Leader twice. After handshake he was replaced with Siaya Senator James Orengo.

Moses Wetangula might be tempted to play safe once again. A presidential post seems a huge step for him. Most probably he will go for the Senate again or go for gubernatorial post.

Perhaps Musalia feels destined for the top seat. His father was a powerful cabinet minister and Musalia inherited his seat aged 28 in 1989. He became a minister the same year. He has been second in command. The only political post remaining is the presidency.

Musalia though will have a slight disadvantage in bargaining table. He doesn't have the populous Luhya votes in a block. Musalia might be persuaded by the other coalition members to accept a running mate position.

If NASA hadn't disintegrated, perhaps Kalonzo would have been endorsed by the alliance. Kalonzo supported Raila twice and it was largely expected Raila would return the favour.

Kalonzo has vied in 2007, and deputized in 2013 and 2017. Perhaps, the other coalition members will tell him it's time for another person to take a stab at the presidency. Compared to Musalia and Gideon Moi, he also has less money to sustain a successful presidential contest.

Gideon Moi has somehow given the alliance legitimacy as he comes as fresh blood. The other trio are NASA members and they were essentially an alliance even before formation of the new outfit.

Unlike Kalonzo and Musalia, Gideon has never vied before for presidency. He might use that as a card in convincing others to support him. Gideon also seems most likely to be backed by Kenyatta family since Moi gave Uhuru unwavering support.

Gideon Moi has the financial muscle to give other presidential contestants a run for their money. If the coalition need to have a fighting chance in 2022, Gideon Moi should be their flag bearer.