By OtengaNews (self media writer) | 1 month ago

GSU officials were seen entering the polling station as Uhuru is due to come soon. Voters began filing shortly after the polls officially opened at 6:00 a.m. 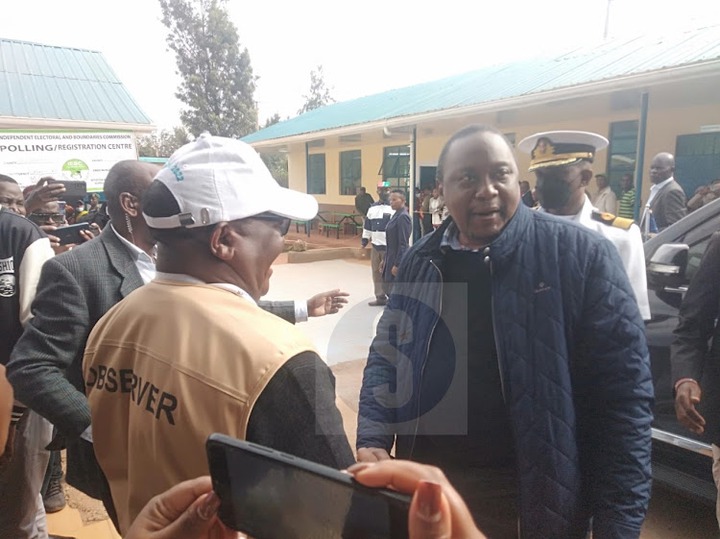 Uhuru arrived at 9:00 AM and started looking for his name in the registers before voting. Under tight security, Uhuru was seen voting while journalists photographed him. Uhuru was with his wife and other friends.

Uhuru has worked for two terms and it is time to resign and go home and rest.

According to Uhuru Kenyatta, the main candidate to replace him is Raila Amollo Odinga.

Fifty-five-year-old William Ruto has represented Uhuru for the past decade, but they have fallen out and are pointing fingers at each other.

Content created and supplied by: OtengaNews (via Opera News )

Tierney Or Zinchenko? Mikel Arteta In Selection Dilemma Ahead Of Derby Clash