Kenyans Shower Praises To President Kenyatta After He Made This Announcement.

By VictorUoN (self meida writer) | 10 days 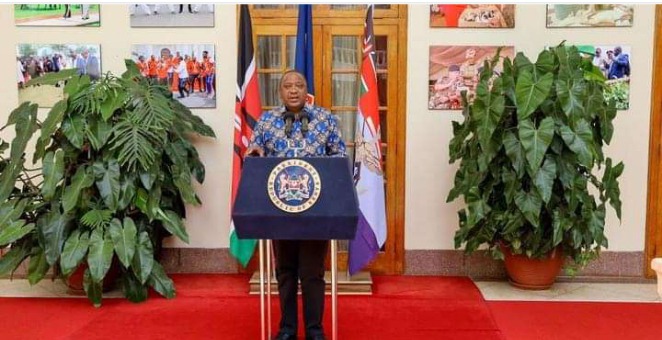 President Uhuru Kenyatta has been moving swiftly to address matters of national importance despite the rising political temperature in the country ahead of the 2022 general elections. Save for the Building Bridges Initiative constitutional amendment bill that the president got involved in, he has been avoiding political agendas and focusing on development and national matters.

Kenyans on social media have showered praises to the president after he announced that he met leaders from Marsabit to discuss issues of insecurity in the area. Thus has come after General Service Unit officers were deployed in the area to keep security that has been deteriorating in the recent times.

The north Eastern region of Kenya has been a volatile area, with communities clashing over grazing land among other issues that have made insecurity a major concern.

President Kenyatta has called on leaders from the region to preach peace, owing to the fact that the country is headed to a general election.

Ethiopian forces, rebels from the Tigray region and the Al-Shabaab insurgents have also been reportedly crossing the porous Eastern border and causing unrest in the region.

Covid-19 Update: Bad News as 16 Patients Succumbed From the Disease as County of Nairobi Leads

Covid Update: The Ministry of Health Delivers Good News as Positivity Rate Drops From 13.9% to 12.2%

KDF Ranks; From The Top To The Lowest Together With The Salary Of Each Rank