The Roots Party Presidential Candidate Professor George Wajackoyah has been a topic of discussion for over two months now. This is due to his controversial manifestos that have left many Kenyans having different opinions regarding Wajackoyah's Presidency. 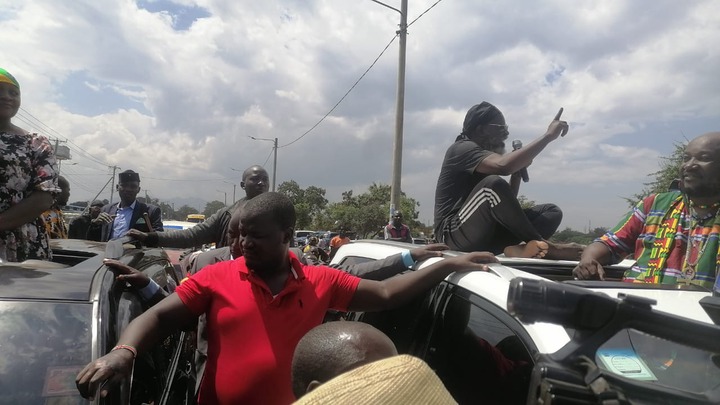 With less than 50 days remaining to the August General Elections, Wajackoyah seems to be a third horse who seem to be threat to both Raila and Ruto. While taking his campaigns to Kisumu City, which is Raila's stronghold, Wajackoyah has urged residents to either vote for him or Raila since a win of either, will be a victory to Western Kenya region. 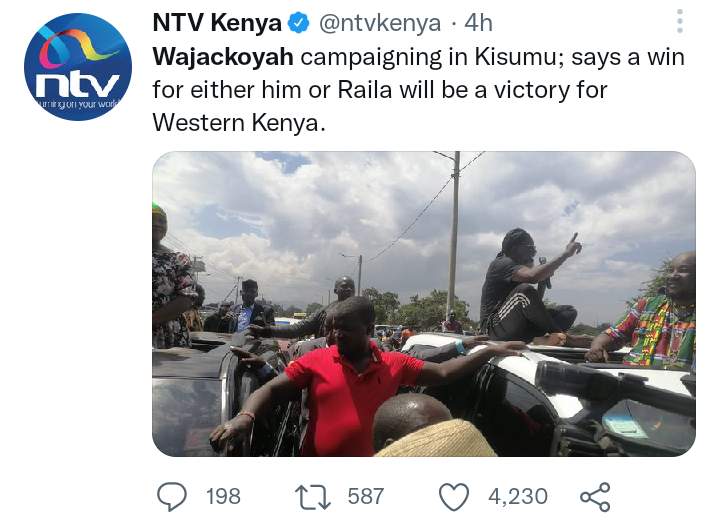 Wajackoyah made the remarks while selling his bhang, snake, and dog manifesto to the people of Kisumu. While addressing his supporters, Wajackoyah took the opportunity to defend the former Prime Minister from the Kenya Kwanza attacks as he promised to work with Raila Odinga incase he (Wajackoyah) wins the presidency.

The remarks from Wajackoyah has ignited mixed reactions from Kenyans. Some have accused him of drawing the tribal card to seek votes while others feel that Wajackoyah is Raila's project. What do you think of Wajackoyah's remarks? 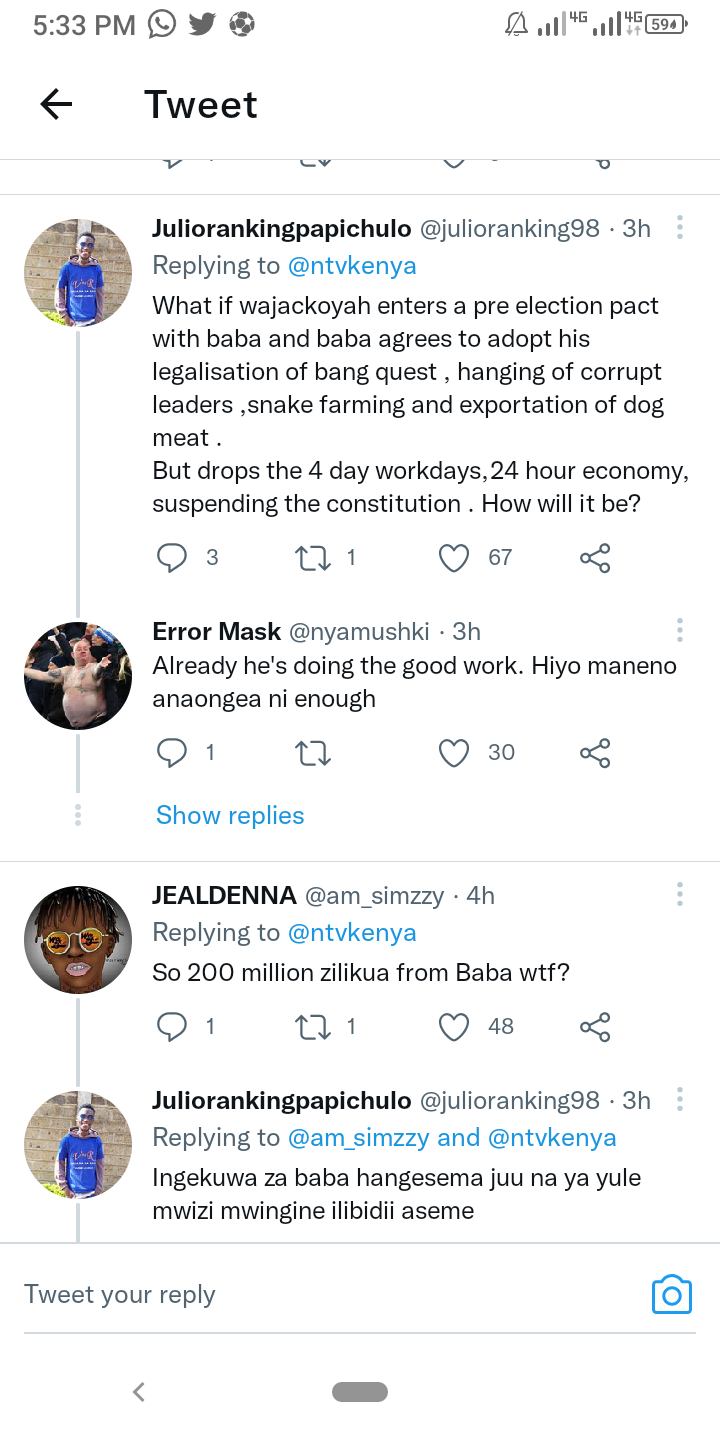 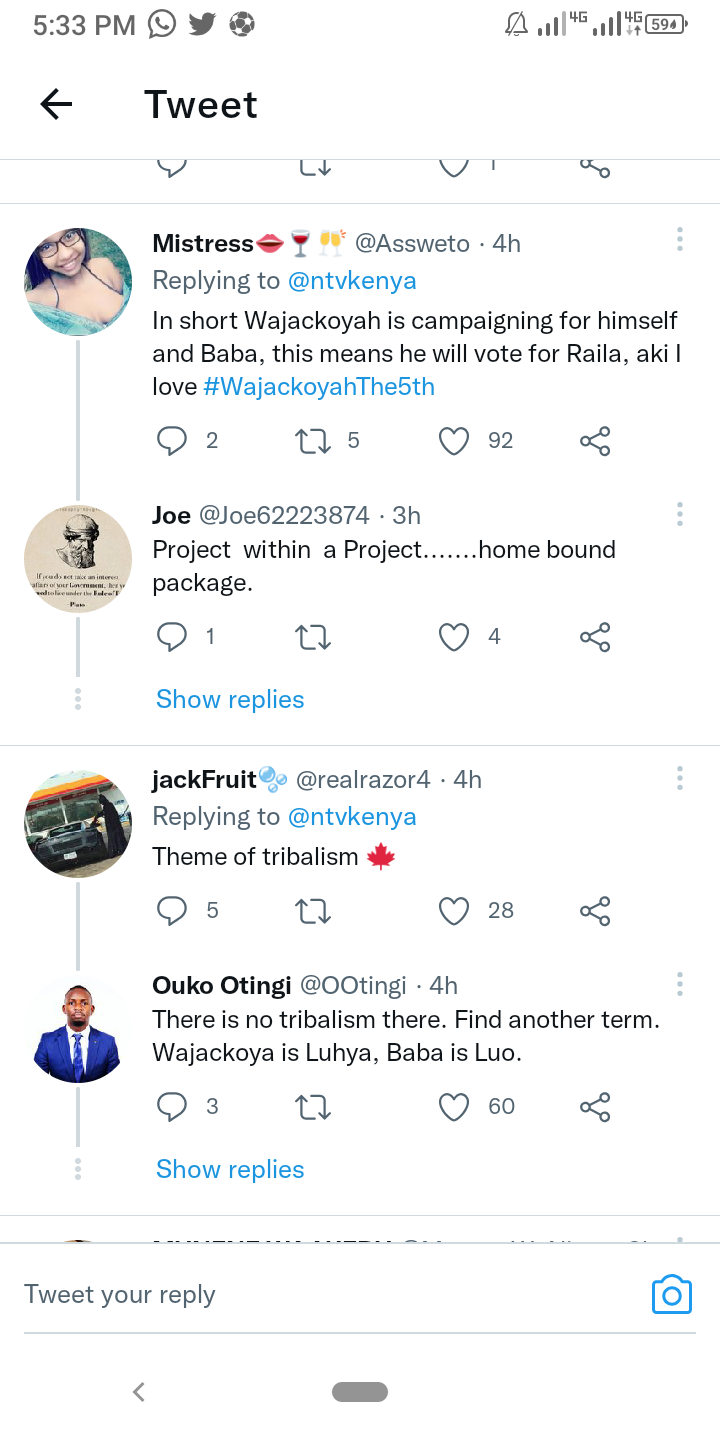 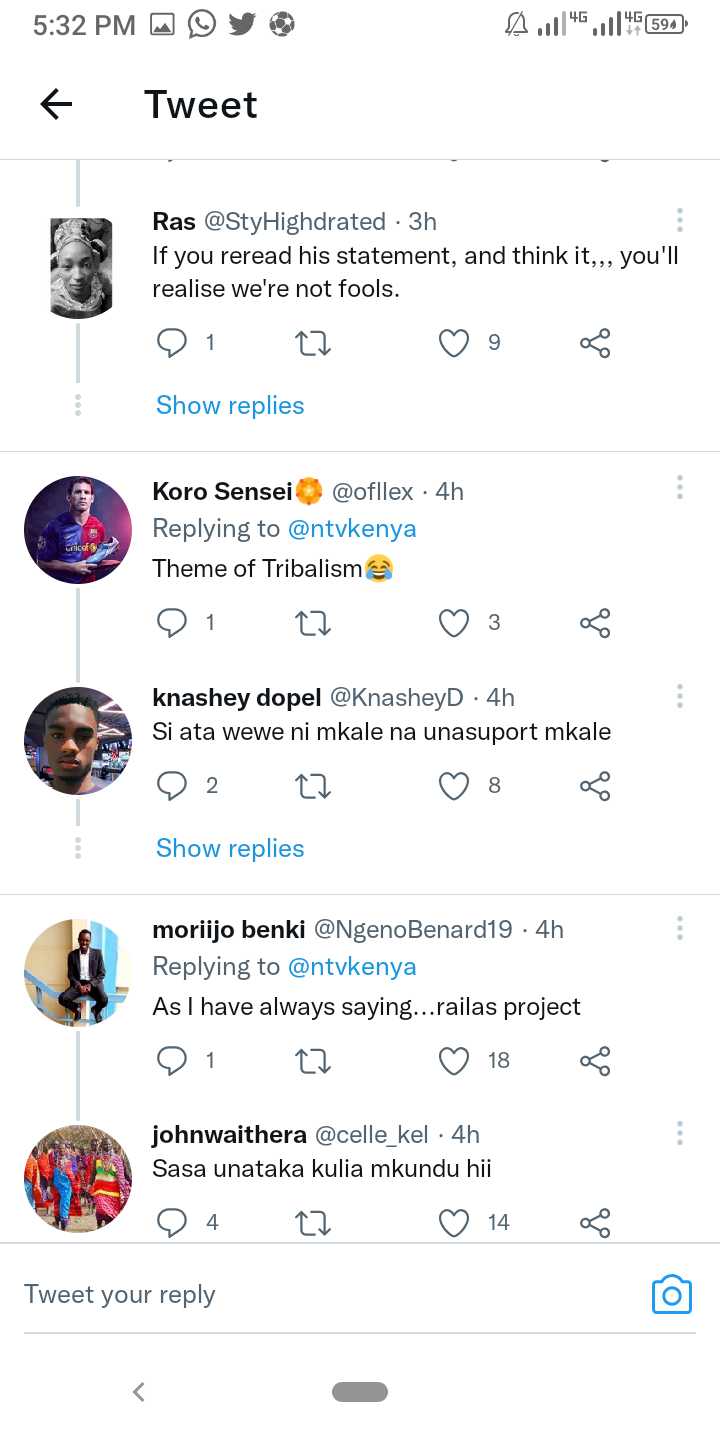