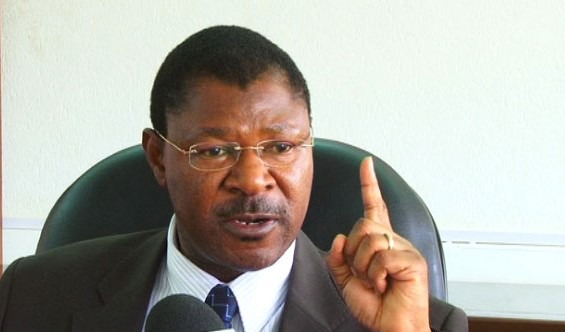 Bungoma Senator Moses Wetangula has added his voice to the latest development on the Unga assistance announced by agriculture CS Peter Munya. On Saturday, the CS cancelled the subsidy, arguing that the government did not have enough funds to sustain it.

Wetangula argues in a statement posted on his social media accounts that the Unga subsidy was a cunning strategy to get voters to support Azimio. He said that CS Munya had been told to reveal the truth after learning that the people were not persuaded. 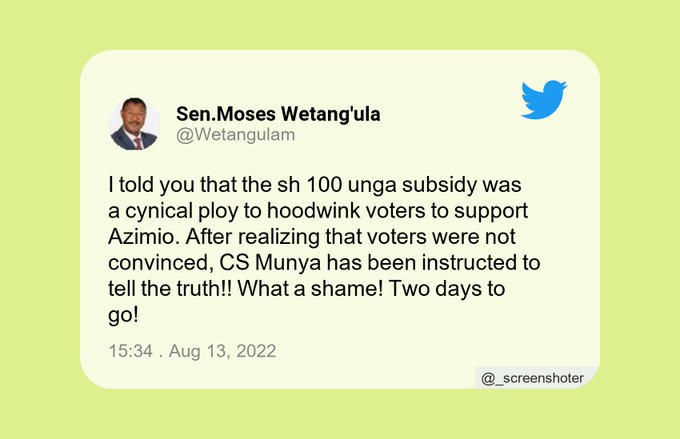 Kenyans responded to the senator's claims in a variety of ways on social media, as seen below.

According to Captain Dominic Omondi, subsidies are never long-term. "Tell your supporters the truth. The sector can now depend on itself. Our harvest is also a factor. Stop lying," he implored Wetangula.

The subsidy, according to Evangeline Wanyama, was only intended to be a temporary solution. The future administration would not continue it. 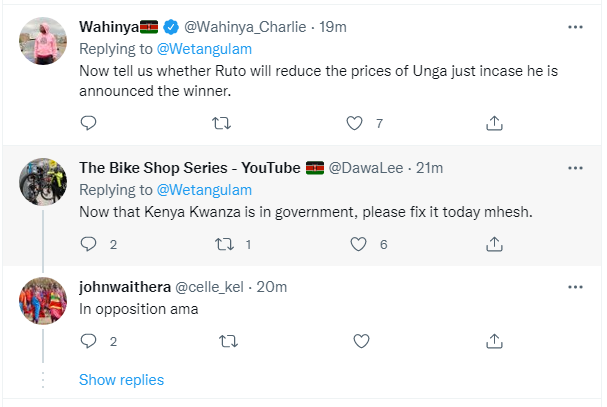 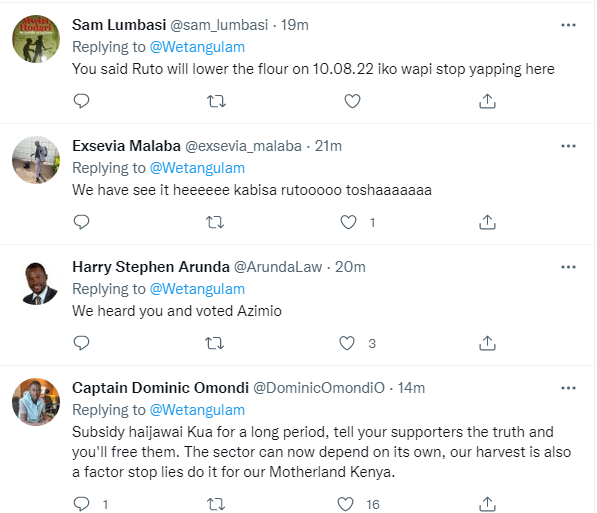 Edwin Sifuna Breaks Silence, Reveals What Parliament Should Do To Ruto's Cabinet Nominees

Uhuru's CS Speaks After He Was Shown Door By William Ruto