Speaking in an interview with Tv47 Jeremiah Kioni sparkled a mixed reaction online after claiming that he doesn't expect the supreme court to side with the decision of high court and court of appeal on the BBI referendum bill. "I will be surprised if the supreme court will uphel the decisions of the high court and court of appeal over bbi" Kioni said 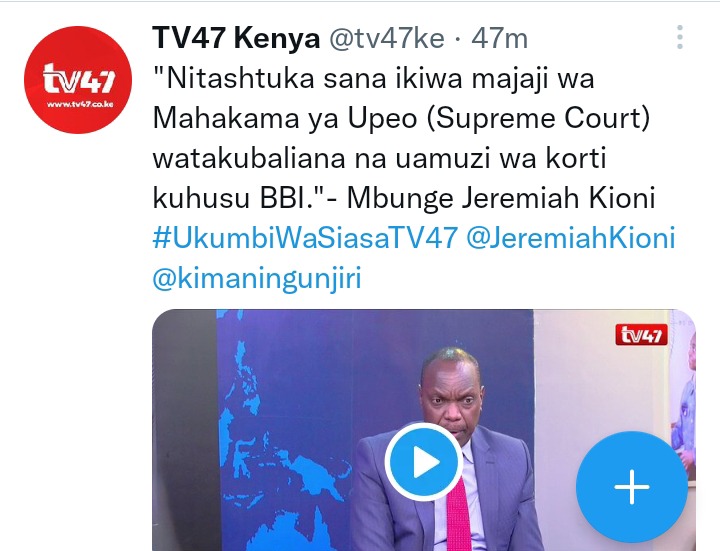 Geremiah Kioni sentiments comes shortly after president Uhuru Kenyatta condemned the Judiciary for nullifying the BBI referendum bill claiming that there are some individuals within the Judiciary that are influenced by decisions from other quoters.

According to Geremiah Kioni and other kieleweke leaders as well as the proponent of the BBI have been attacking the courts over the latest ruling claiming that there are some curtels within the Judiciary who are funded by DP William Ruto to make decisions that are meant to frustrate the head of state. 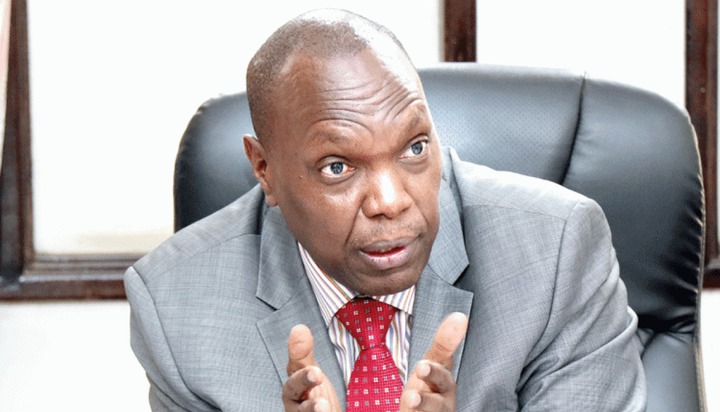 Manyora Takes Sweep At OKA, Reveals The Candidate Who Can Give Ruto Much Competition

"Mudavadi & Kalonzo Have No Business Running For Presidency," Atwoli Has Cautioned