By Maria (self media writer) | 1 month ago 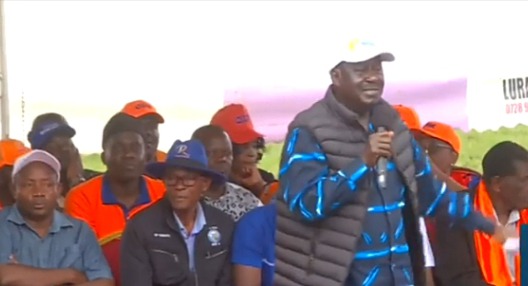 It's barely two months before the August 9polls. Aspirants candidates are drumming campaigns day in and day out in all corners of the nation to win the hearts of Kenyans.

The big fish in the presidential aspirants, Azimio flag bearer Raila Odinga, and his rival United Democratic party leader, Deputy President William Ruto are the main people hitting the ground around the nation. 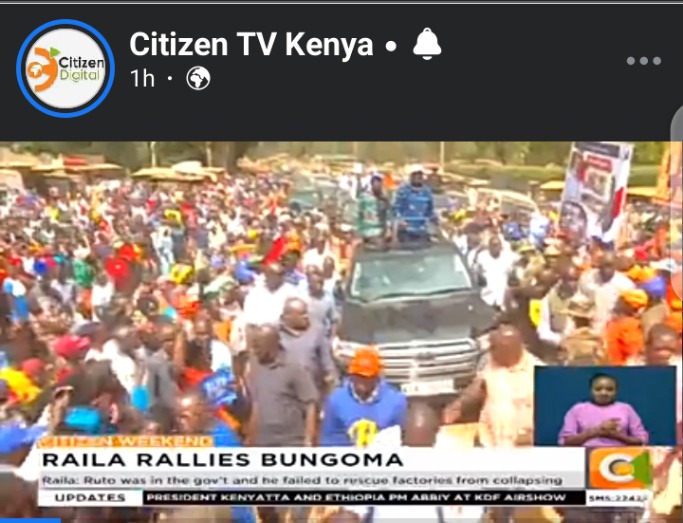 Today, May 28th, ODM party leader Raila Odinga took his campaigns to Bungoma where he was accompanied by Cabinet Secretary Eugine Wamalwa, the Kakamega county government, Wycliff Oparanya, and other leaders to drum their campaigns as they sell their manifesto to the western people.

This is after attending a funeral service in Trans Nzoia of the late wife to former Ambassador, Burundi Nabwera.

During his speech, he promised the residents of Bungoma county to revive the collapsed western factories to create employment for the youths.

In the process, he slammed Deputy William Ruto for lying to Kenyans that he will revive the factories in case he wins the August 9polls elections which to Raila was propaganda since Deputy William Ruto did it yet he was in the government and second in command.

In addition, Raila described Ruto as a man who never does according to his words instead all he knows is looting.

Content created and supplied by: Maria (via Opera News )