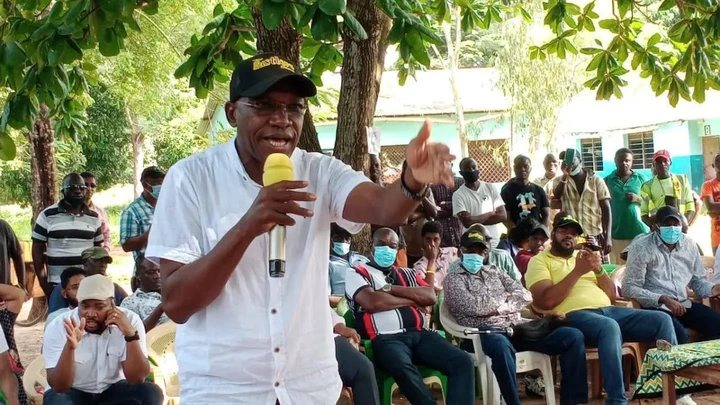 Dr Boni Khalwale, a former Kakamega county senator, has revealed the precise number of votes that the Western region of Kenya will deliver to Deputy President William Ruto in the upcoming 9th August elections.

On Tuesday evening, the region's loud Tanga Tanga point man revealed that the vote-rich western has been voting in blocs for a number of years.

According to the politician dubbed Bullfighter owing to his unrivaled passion for the bullfighting games held annually in the Western area, their support would be concentrated on one candidate this time around: DP William Ruto.

He remarked that while their combined votes went to the Raila Odinga camp in 2017, they will go to William Ruto in the 2022 elections. 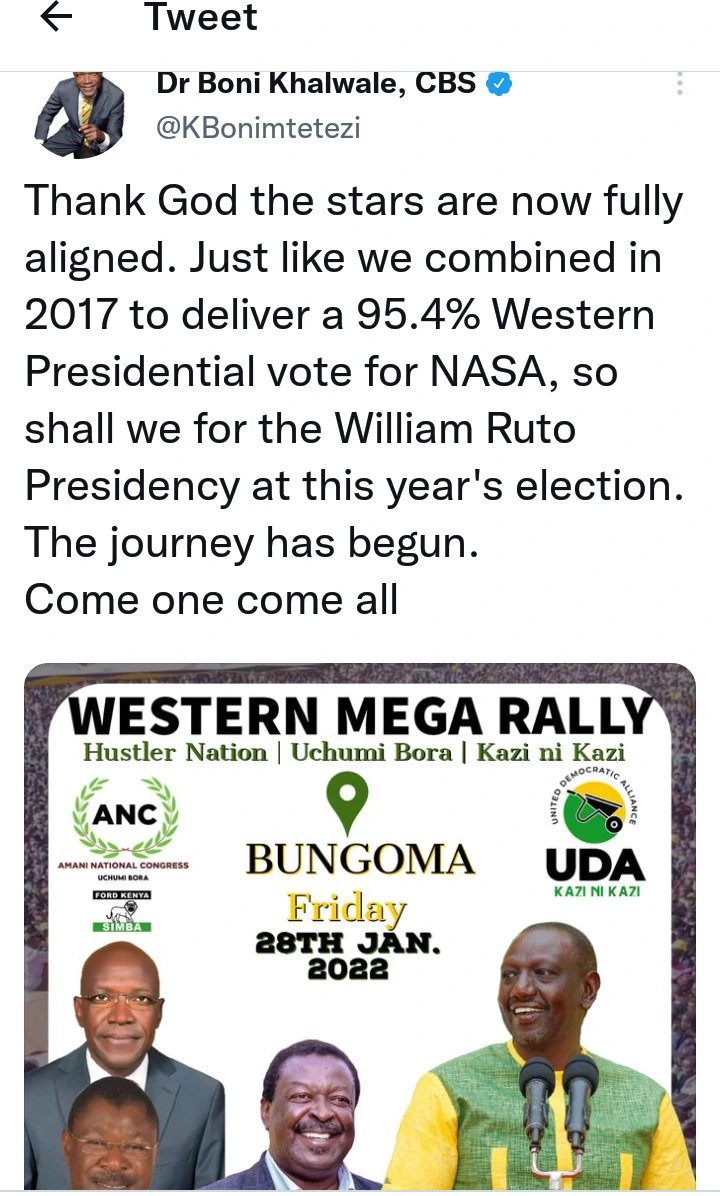 "Thank God, the stars have finally aligned completely. As we did in 2017 when we cooperated to produce a 95.4 percent Western Presidential vote for NASA, we will do so again this year for the William Ruto Presidency. The adventure has begun. Come one, come all," Khalwale revealed. 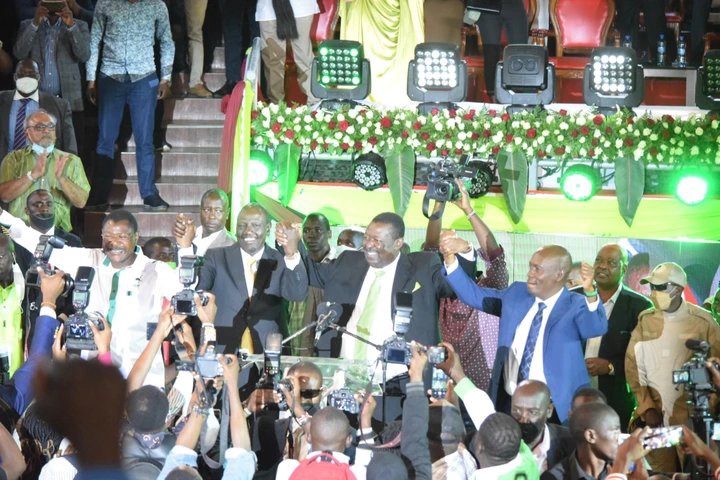 The trio pledged to walk together ahead of the August elections and even formed a coordinated campaign program in which they will solicit Kenyan support.

Kenyans will learn who the coalition's flag bearer will be in the days, weeks, or even months leading up to the elections.