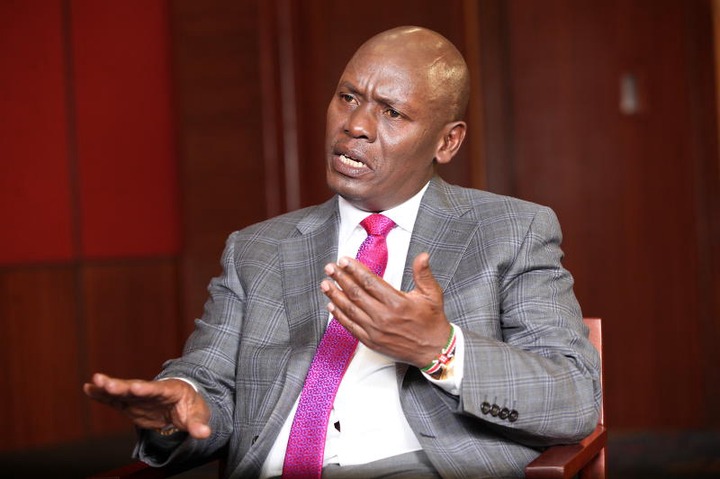 The populous Mt Kenya voting bloc is up for scramble and partition among the various political players with more than three political camps seemingly fighting over the control of the region. It can be said that deputy president William Ruto is strongly in charge of the first camp, president Uhuru Kenyatta and ODM Party leader Raila Odinga seemingly patronize the second camp while national assembly speaker Justin Muturi appears to be carving out another chunk of the region for himself. Mt Kenya governors like Mwangi wa Iria, Anne Waiguru, Lee Kinyanjui and other similar leaders appear to be carving out the fourth camp.

This situation has forced former Kiambu county governor William Kabogo to come out and categorically speak over it. As today's version of The Standard reports, the popular politician has come out to send an urgent warning to the Mt Kenya region residents over the current political situation where it seems residents are 'speaking in tongues politically'.

Kabogo has said that Mt Kenya can easily produce a president in 2022 but the residents should be prepared to see other leaders outside the region taking political advantage of their numbers to ascend to the presidency and leave them stranded. He said this is what will happen in 2022 if they fail to unite and vote as one bloc.

"Mt Kenya has the capacity to produce the next president and that failure to unite would give leaders from other areas a chance to take advantage of the region's voting bloc," the report indicates.