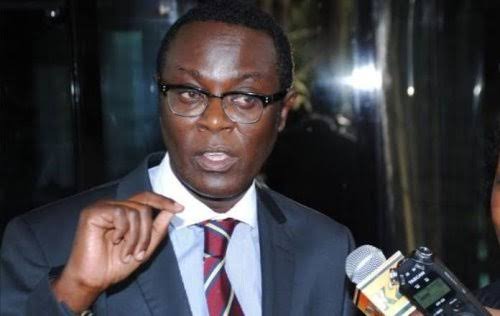 Dr. Mutahi Ngunyi, a constitutional lawyer and political analyst, has referred to Opposition Leader Raila Odinga as an "enemy" that no one should have.

Former presidents from President Daniel Moi to President Uhuru Kenyatta, according to his ally, have all tried to manage Raila but have all failed miserably due to his skill in the political game.

Furthermore, he asserted that the Jubilee government was compelled to accept a handshake in 2017 with the ODM leader as the only means of controlling him and containing his lethal.

He was replying to Raila's upcoming gathering on December 12, 2022, at the Jacaranda Ground.

"I would never want someone to face Raila the Babaman as a foe. On the other side, will Ruto MANAGE him? He thinks that he will. I tried, but I fell short. Handshake. Uhuru made an effort but failed. Handshake. On public holidays like December 12th, Raila would hold concurrent demonstrations in an effort to enrage Ruto. Is this something GOOD or BAD?" A query was posed by the professor. 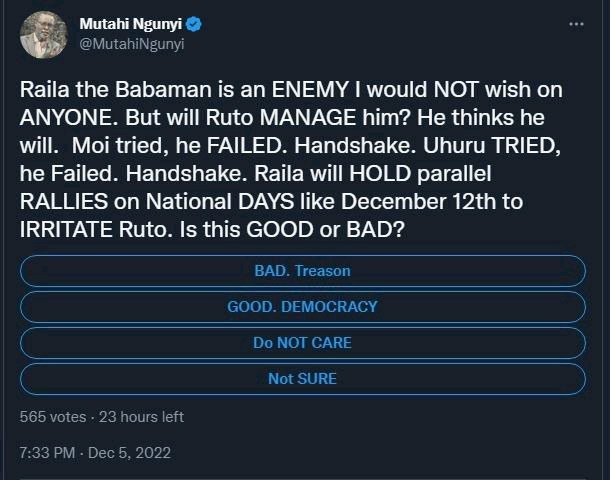