It has been a busy day to both William Ruto and Raila Odinga 34 days to the August general elections. They have continued with seeking of votes countrywide for the coming August presidential elections. 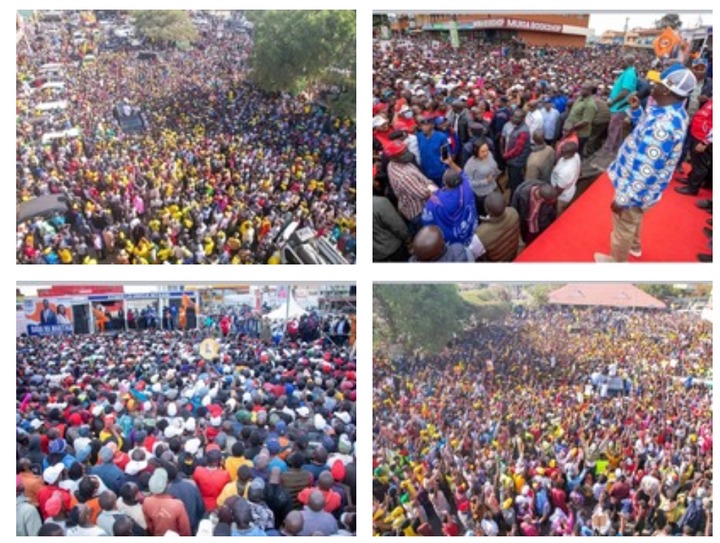 They made a stopover at Merti and Sericho and at Kinna Market. Ruto brought the county to a stand still after he attracted a mammoth crowd.

Below are some photos of their day. 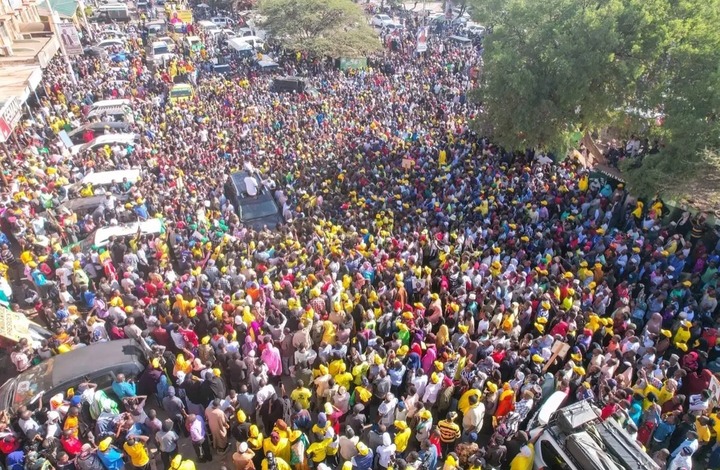 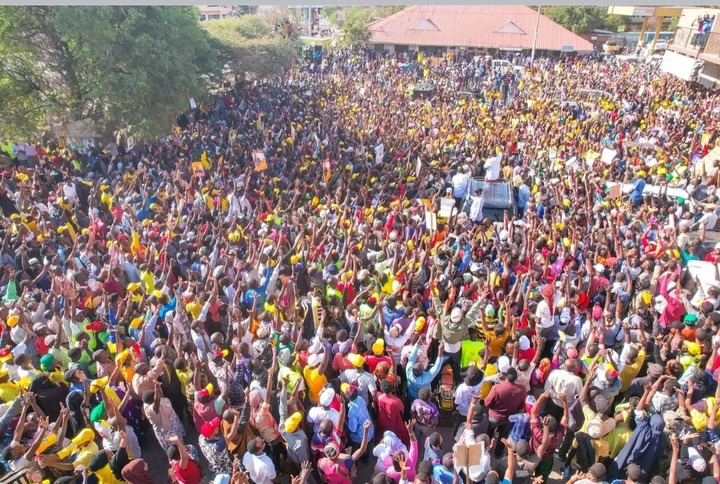 On the other hand, Azimio presidential candidate Raila Amollo Odinga and his running mate Martha Wangari Karua took their campaigns in Nyeri County. They had been accompanied by Junet Mohamed, Peter Kenneth, Hassan Joho, Sabina Chege, Maina Kamanda and other leaders from the camp.

They also brought the county to a stand still. Raila continued selling Azimio agendas to the residence. He asked them to fully support him the same way he supported their son Mwai Kibaki.

Below are some photos of Raila's campaign. 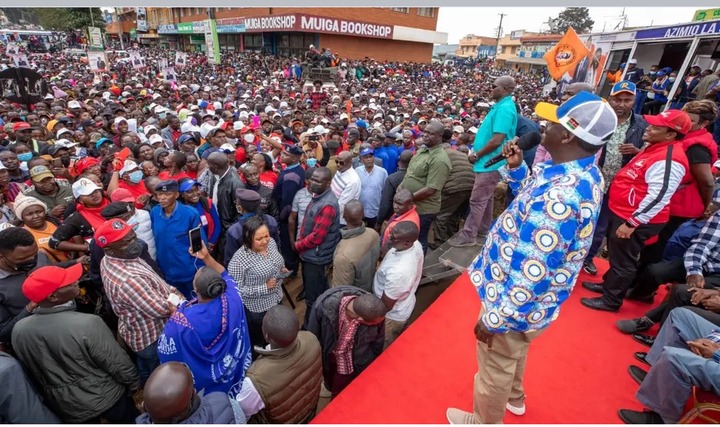 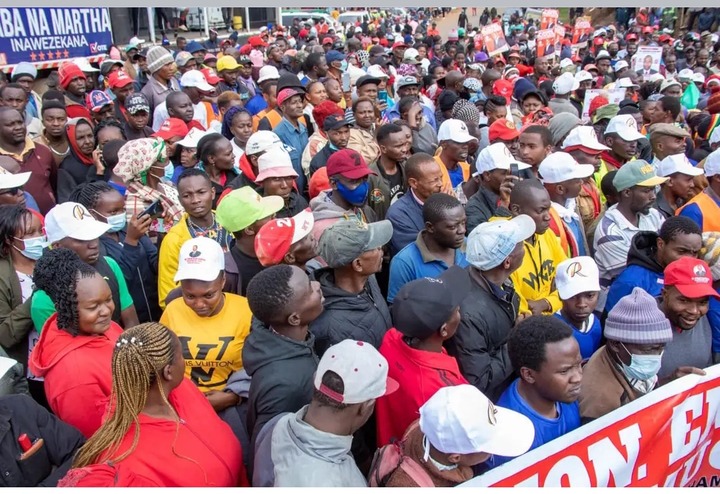 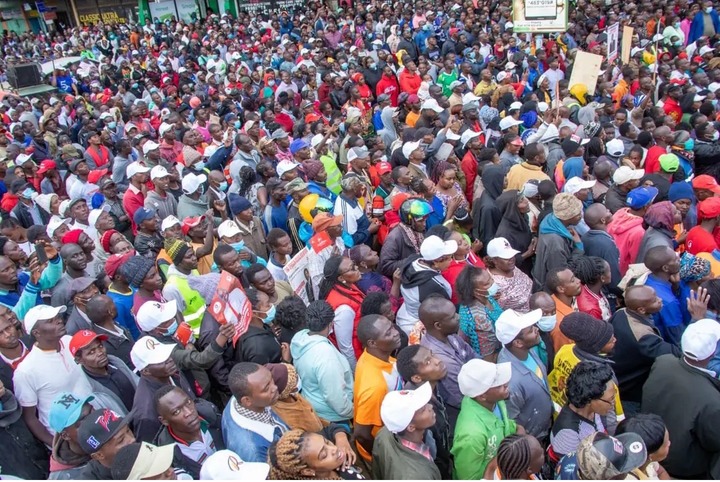 Who do you think is the king of numbers between the two?

Revealed :Mutua's Narration On How Raila Lost The Presidential Position