From a Reject In 2002 to The Centre of Kenyan Politics, Is Uhuru Kenya's Political Genius? 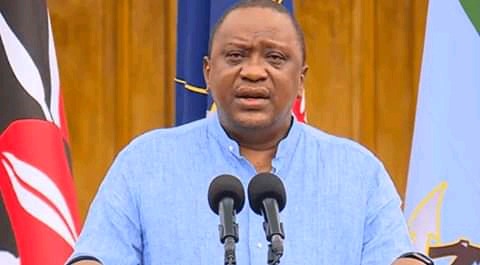 When President Daniel Arap Moi made a surprise announcement in Mount Elgon that the then Local Government Minister Uhuru Kenyatta was his preferred successor in the 2002 presidential election, there was immediate fallout in the ruling party, KANU.

The party's bigwigs led by Raila Odinga, Kalonzo Musyoka and George Saitoti immediately bolted out. And Uhuru was facing real headache in his election bid.

His presidential bid had been flatly rejected by those who thought he was ready to be handed over the reigns of power. Fast forward, Uhuru has grown into a political genius.

Almost 20 years since his failed State House bid, Uhuru is once again at the centre of the country's politics.

A master political player, the Head of State's game plan in the run to the next general election has left his rivals and supporters alike guessing. Yes, the political reject of 2002 has now become a genius in all his actions.

Is he supporting Raila for President? Is he backing a One Kenya Alliance candidate? Or is he still rooting for Deputy President William Ruto?

On one side, Uhuru appears keen on Raila presidency. But on the other hand, it is like he is for ANC leader Musalia Mudavadi or Baringo Senator Gideon Moi. His every move remains a mystery. The genius of our time is at work. And not even seasoned politicians can clearly tell his game plan.

Having risen from a nominated MP in 2002 to the top of the country's leadership in just 11 years, experience made Uhuru mature very fast- politically speaking- and today, he is the main man in 2022 politics.

Whatever Uhuru does next will be closely monitored. After all, as a graduate from Moi's school of politics, he knows how to play this game of numbers.