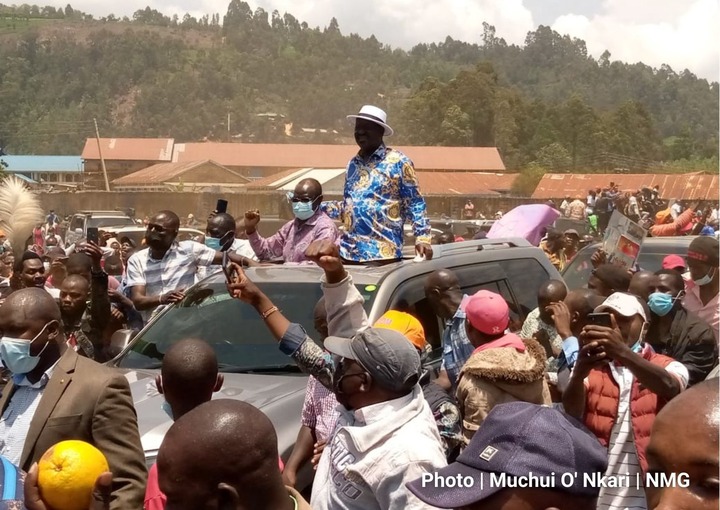 The war of supremacy between Meru Governor Kiraitu Murungi and Agriculture CS Peter Munya has been revived by the visit of ODM leader Raila Odinga to the area from today, Monday.

Political tensions between Mr Munya and Mr Murungi have been raging since 2016, when Minister Munya launched a campaign to oust the governor. The two politicians have expressed interest in supporting Mr Odinga's bid for the 2022 presidency.

Odinga's visit has sparked a new war between the two most influential politicians in Meru County, with each party vowing for the control of the ODM leader's meetings. 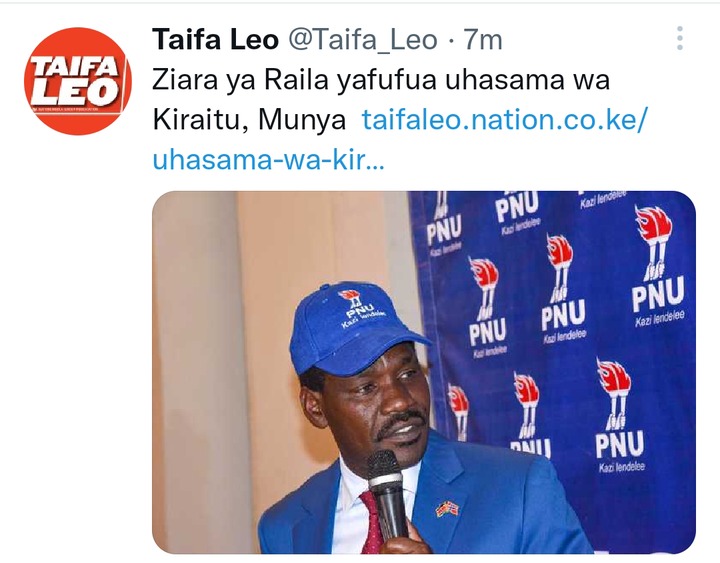 Similar political tensions were witnessed in neighboring Isiolo county on Saturday when supporters of Governor Mohamed Kuti and the former governor clashed at Mr Odinga's rally.

As Munya's PNU party formed an alliance with ODM and endorsed Mr Odinga's presidential dream, Mr Murungi and his entourage also held a meeting with Mr Odinga and praised him as the best candidate.

"We are the ones who ruined Raila's name so that Mwai Kibaki can win. Similarly, we hurled harsh words at him again in order for President Uhuru to win. I can honestly say that apart from doing so, Raila is not a bad person…. Now that Kibaki and Uhuru are not fighting, let's put the lie aside, ”Mr Murungi said during a meeting held at Safari Park restaurant, Nairobi, on September 2.

According to Mr Odinga's organizers in Meru County, those who will be hosting him include Deputy Chairman of the Mount Kenya Foundation (MKF) Titus Ibui, Governor Murungi, Minister Munya and Igembe North MP Maoka Maore.

However, acting PNU chairman David Karithi told Taifa Leo that they may boycott Mr Odinga's meetings to swear in Governor Murungi and his aides.

"Mr Odinga has been welcomed to Meru but PNU will not attend its meetings on Monday. Governor Kiraitu, Mr Ibui and Maore have taken control of the meetings. They can move him around now. PNU will arrange another Raila meeting, ”Mr Karithi said.

He complained that Minister Munya was not involved in the preparation of the meetings despite the fact that the PNU had formed an alliance with the ODM.