Kisumu senator Fred Out a has waxed fire under Governor Anyang' Nyong'o Morocco tour at the height of allegedly evading the wrath of the senate over misappropriation of county funds of Ksh13B from the World Bank.

Governor Anyang' Nyong'o was supposed to face the senate today Monday to explain and account to the Ksh13B meant for channeling development projects in the county which he had acquired from the World Bank. 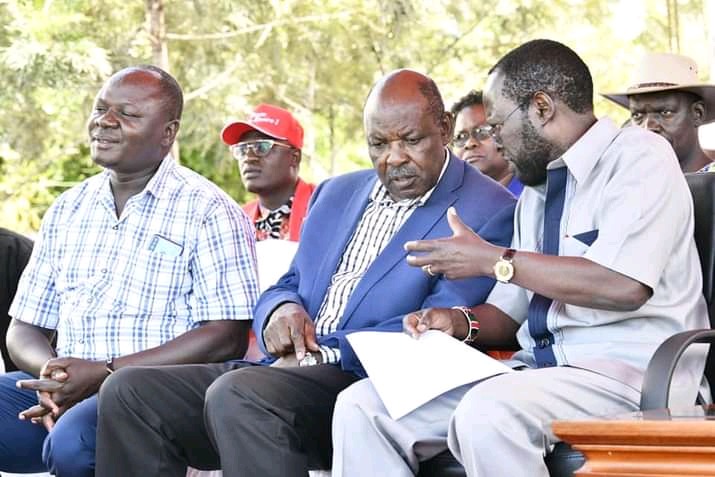 According to the letter read by the fierce senator, Governor Anyang' Nyong'o informed that he had travelled to Morocco for a high end meeting and therefore couldn't appear before the senate as it had been scheduled.

However, Senator Fred Outa later confirmed that the Kisumu county chief was just at his residential home with two unnamed leaders and had not traveled to Morocco as claimed in the letter. 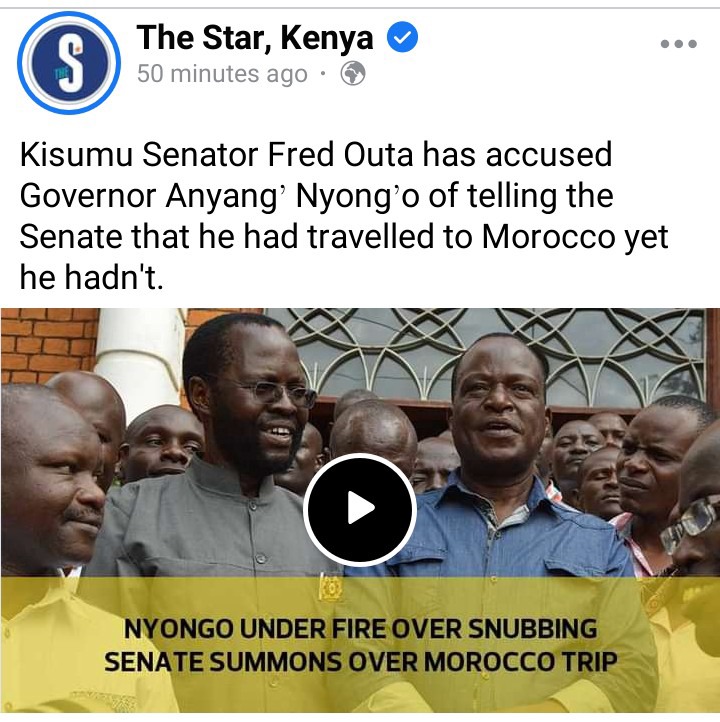 MP Fred Outa requested the Senate committee chair Hon Opiyo Wandayi to re-summon the Kisumu Governor so that he can face the senate and account to the alleged lose of Ksh13B loan from the World Bank.

Hon Outa also stated that if Hon Opiyo Wandayi will delay in summoning the soft spoken governor, then he (Outa) take charge and reinstate his summon through the senate.