By Liliynews (self media writer) | 5 months ago 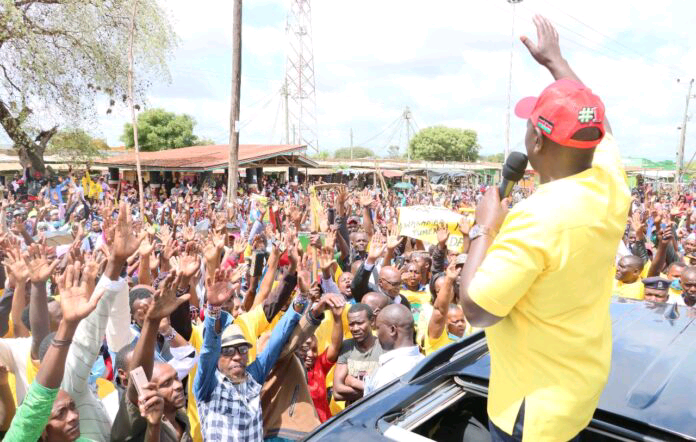 As politics is hitting on the ground, deputy president William Ruto has been working tirelessly to be president in the coming 2022 elections.

Ruto has promised Kenyans a lot if he becomes successful. As from the source, William Ruto has promised to give youths employment and improve the economy of poor people. He has given donations to needy people including mama mboga and Bodaboda riders.

From his past promises, Ruto has promised Kenyans nine new stadiums in less than a year when introducing the 2017 Jubilee manifesto in Kasarani.

Ruto, who confessed that the five stadiums project promised in 2013 had not been completed, claimed plans were in the works to build 11 world-class stadiums.

"The stadium in Kiambu will be finished in three to four months." In Mombasa, we have a minor difficulty with the county government's ownership of property, even though all contracts and paperwork, including the stadium tartan, have been signed. In Kisumu, we have a slight problem since the county government has not relocated the dumping site, which is near to the stadium, and international regulations prohibit having a dumping site next to a stadium. The process will be completed as soon as that is shifted. So we went for nine stadiums instead of five, just to make it good and better," Ruto explained.

While Ruto was in his campaigns, he visited Makueni County, where several citizens dared to question him about the Wote stadium, that he had promised before, which he claimed would be finished by December 2017.

Residents held posters asking that Ruto show them the Wote stadium, which he promised during the 2017 election campaign.

Ruto defended himself that he will ensure that they are worked on immediately after he wins the presidency coming 2022 general elections.

4 Business Ideas That Might Relieve You Of Unemployment Problems

Ruto Vs Karua: Crowd In Ruto Mega Rally In Nyeri Vs Karua Crowd In Kiambu (Photos)

Revealed: 10 Manchester United players who will leave the club