Renowned Politician from Ukambani Honorable Kibwana has revealed that he was approached by several journalists who wanted to know whether or not he supports roots party presidential candidate George Wajakoyah. 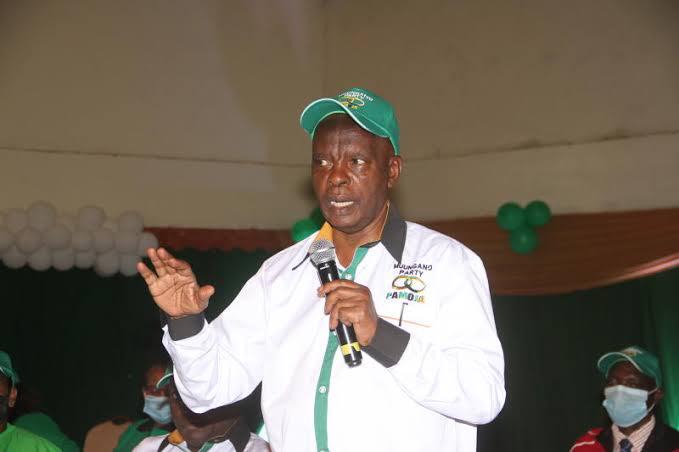 Taking to his different social media accounts to confirm the incident, Kibwana has claimed that he was indeed approached by the journalists who wanted to know his stand and for this reason, he went on to say that he allegedly decided to plead the 5th.

I plead the 5th is something that is often said in court or when one does not have anything to say meaning that they choose not to speak about it.

This is happening at the same time when a number of politicians from Ukambani have accused the former prime Minister of Kenya and Orange Democratic Movement party leader, honorable Raila Odinga of zoning them ahead of the oncoming General elections in a few months.

While reacting to his remarks, kenyans who took to their different social media accounts to express their opinions and suggestions on the matter have called upon the renowned politician to come clean and reveal his stand ahead of the oncoming General elections which is supposed to be held in a few months time.

According to the reports given by most Kenyans, they claimed that it was so unfortunate that most politicians often change their mind about their party of choice when it's too late and for this reason, kenyans have called upon Kibwana to make of up mind. 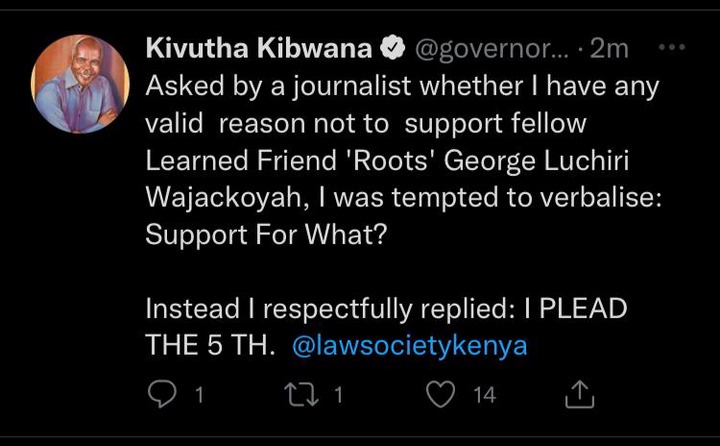