By KenyaNews.Co.Ke (self meida writer) | 9 days 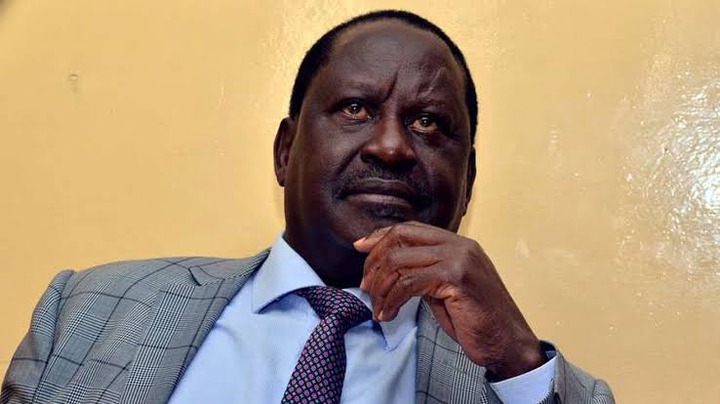 The Deputy President William Ruto has taken an early lead against Raila Odinga with 73% of votes casted in three hours. In a Twitter poll conducted by Kenyans on Wednesday, the Deputy President showcased an unrivalled range against the ODM leader, a likely indication that things could be better were it an election.

At the moment, Raila Odinga still remains Ruto's strongest opponent due to his formidable character in the country's political world. 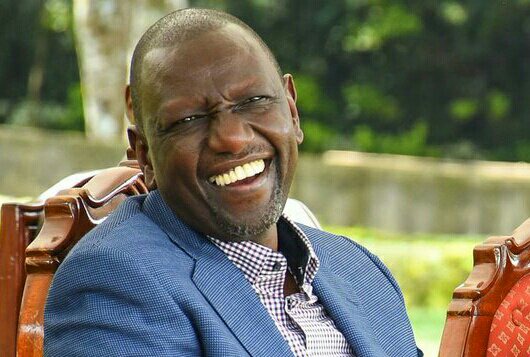 And even though the 2022 political line up has not yet been established, both Ruto and Raila have shown interest in the top seat. Although political analysts argue that Raila Odinga has a solid foundation for Presidency, the Second in Command has, on various occasions shown proof of mighty to mobilise citizens.

With only less than 500 days left for the next Presidential election, such polls serve to give directions among voters. 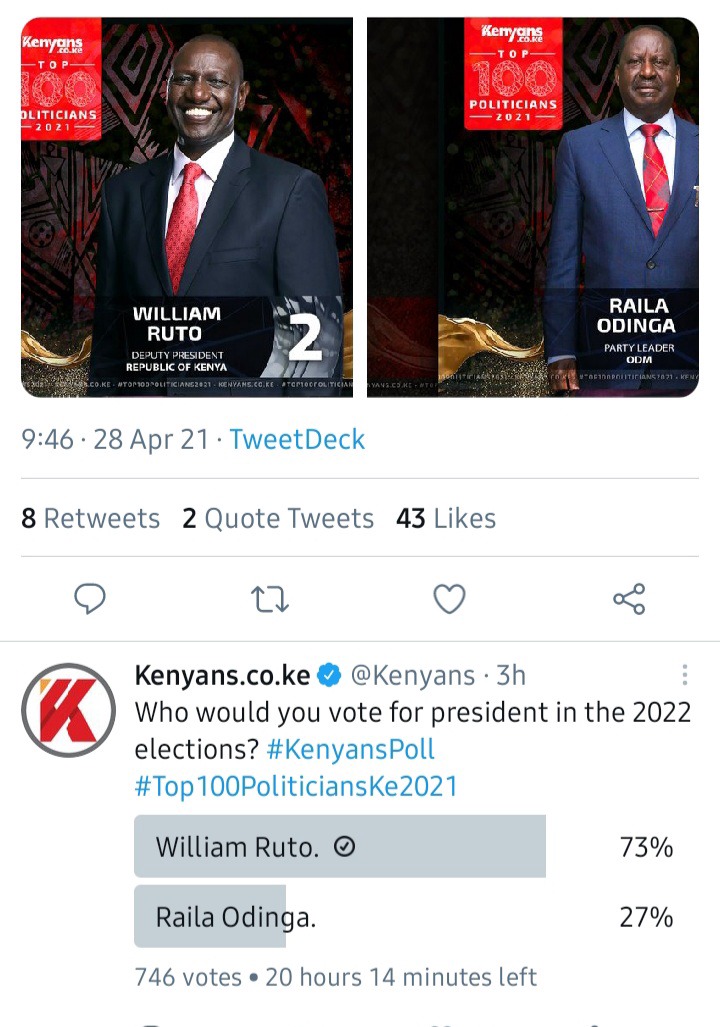 For your own opinion, whom would you vote for in 2022 between Raila Odinga and William Ruto? Let's vote.