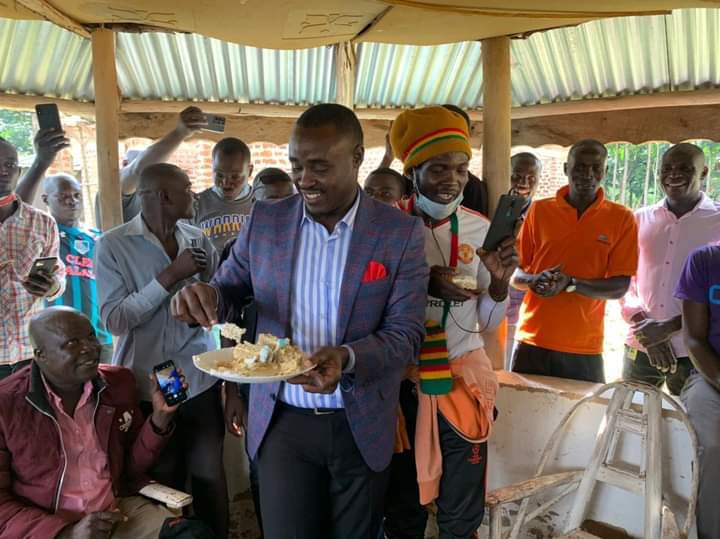 A few days after a video of a young man washing his parents in celebration of their birthday going viral, there was a dramatic scene at the home of the Kakamega Senator Cleophas Malala today on June 28th when he was publicly washed by his friends and staff in an advance marking of his birthday.

The senator had called a few friends to join him and his staff at his Kakamega home to celebrate his birthday in advance because he had foreseen that he wouldn't be with them on his birthday since he was to attend Senate proceedings in Nairobi and had to leave today when the drama unfolded.

Everything turned out to be a success or so to say with the senator and his friends ending up having a good time and even sharing his customized cake but what he probably didn't know was that the friends had a "wet" plan that cooking. 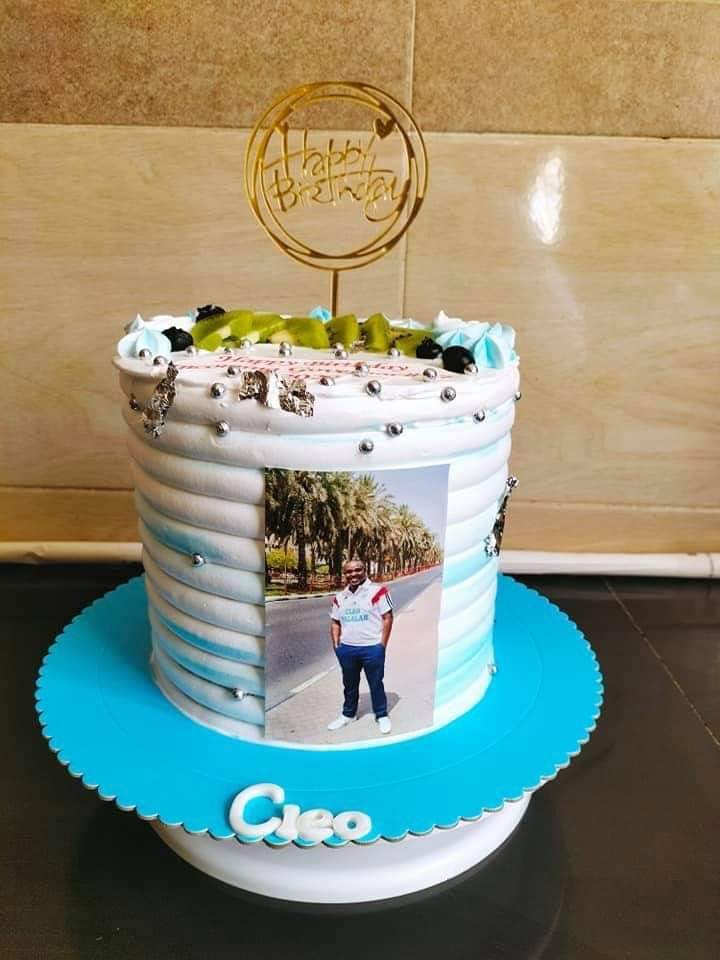 Just as he was preparing to leave the compound while dressed in his suit and we'll polished shoes, the friends surrounded him almost immediately and told him that he wasn't going anywhere until all the rituals of birthday celebrations have been marked.

The flabbergasted senator probably didn't imagine that he was actually going to be washed but in a video that he shared tonight, his suit was thoroughly wetted within a minute as he powerless stood there and smiled.

As seen in the screenshots below, the senator seem to be actually enjoying the torment that meant he had to go back to the house and change clothes. 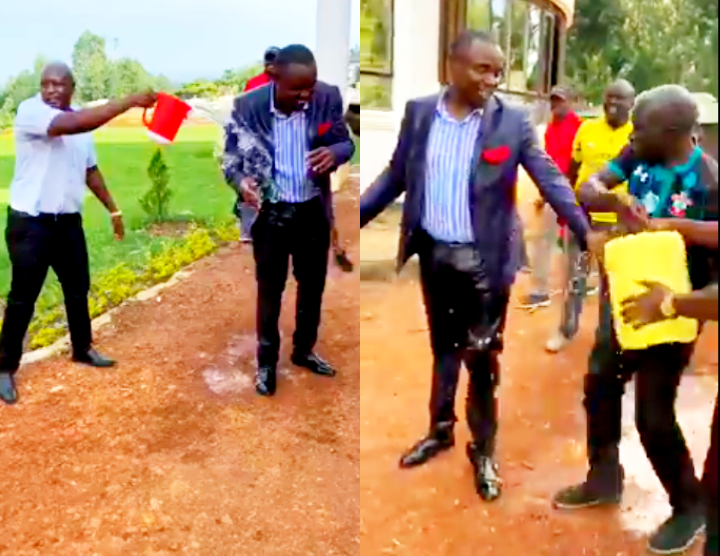 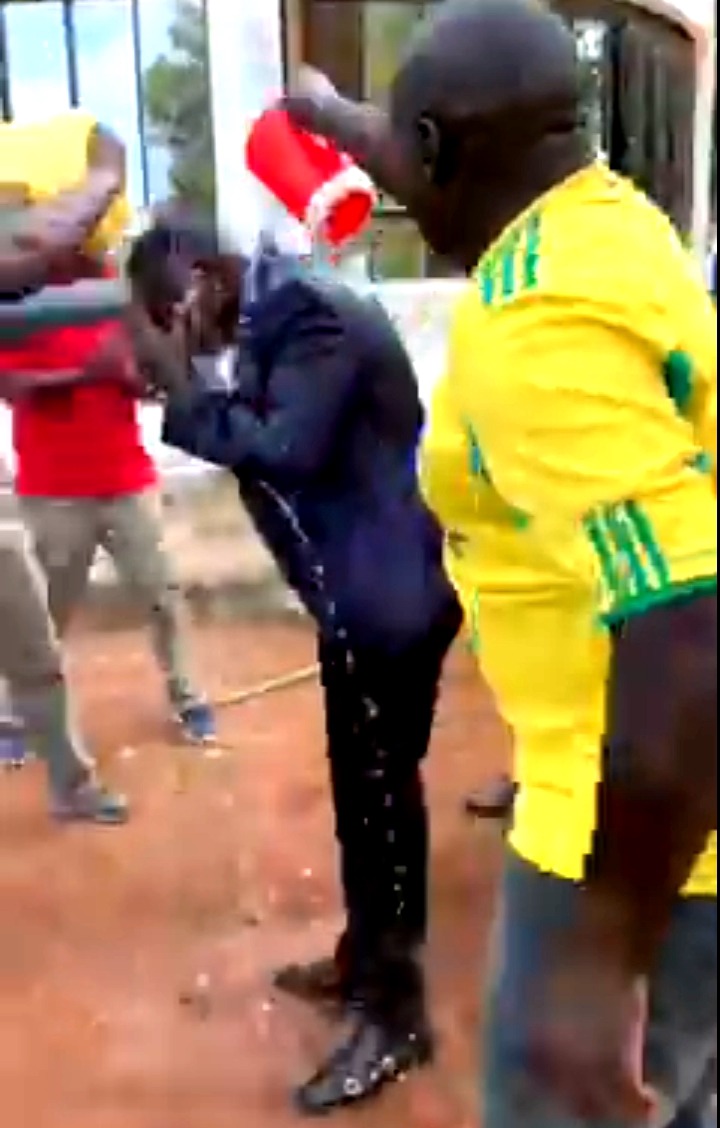 He had no efforts to stop them and only came out to say on Facebook that "despite the fact that the D-Day is a few days away, my staff in Kakamega chose to arrest me moments before I left for Nairobi to attend to Senate proceedings and started the celebrations early!"

He joked that "there shall be consequences" of washing the boss as he added that "happy birthday to me in advance." Meet Three Women From Journalism to Politics. Who's More Trendy?

No Action Will Be Taken Against ODM Members Involved In Muhoroni Burial Fracas, Prof. Ayiecho Olweny