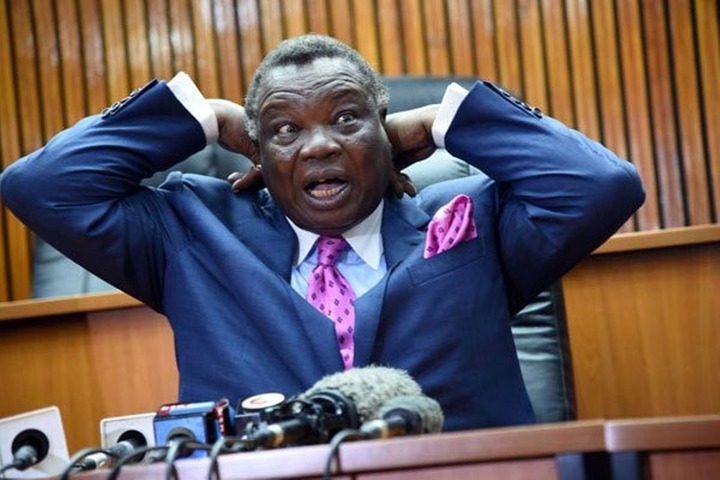 The Controversial COTU Secretary General Mr. Francis Shipaka Atwoli has once again repeated the sentiment that DP Dr. William Samoei Ruto will not clinch power ahead of the 2022 General Elections. Speaking to Jeff Koinange on Citizen TV. The Shameless Secretary General said that Samoei Ruto will not access Statehouse, because he disrespect his boss President Uhuru Muigai Kenyatta.

Atwoli who is a big Political Critic to DP Ruto. He has been claiming that Ruto does not qualify to succeed Uhuru Kenyatta. But he has to wait until 2027 for him to attempt and access the top Political seat in the Government.

He accused the Deputy President and his Tangatanga Brigade for being a group of Political Trickster in the Country, who is using his Influence and wealth to lure Kenyans for Votes. 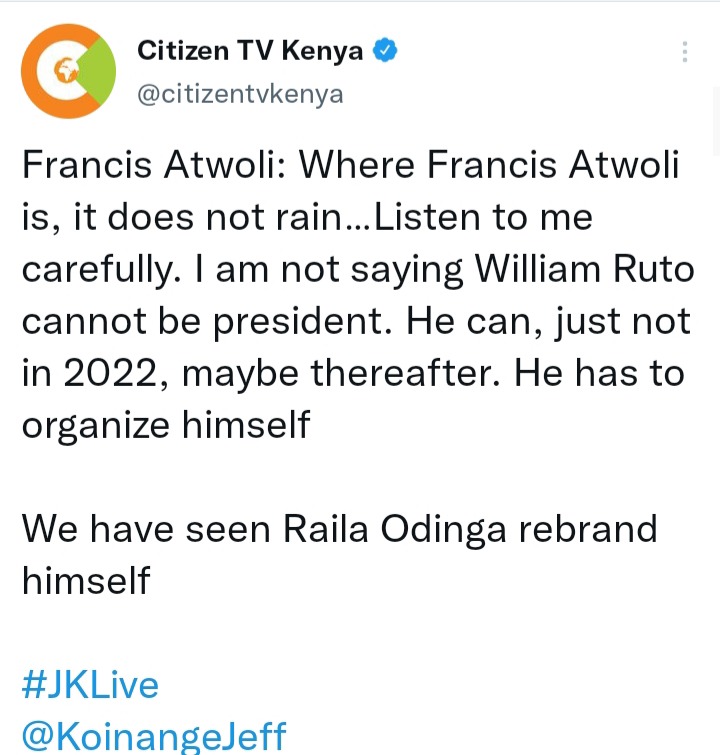 "I am saying this on a National Television that DP William Samoei Ruto will win the Presidency come 2022. Ruto is a Dishonest Politician in this Nation, if you keenly conduct a Political follow up of William Samoei Ruto. You will conclude that he is Political 'Gangster'."