Ford Kenya Party Leader and Bungoma Senator Moses Masika Wetangula appears to be blaming Prime Minister Raila Odinga for party squabbles that occurred a while back. 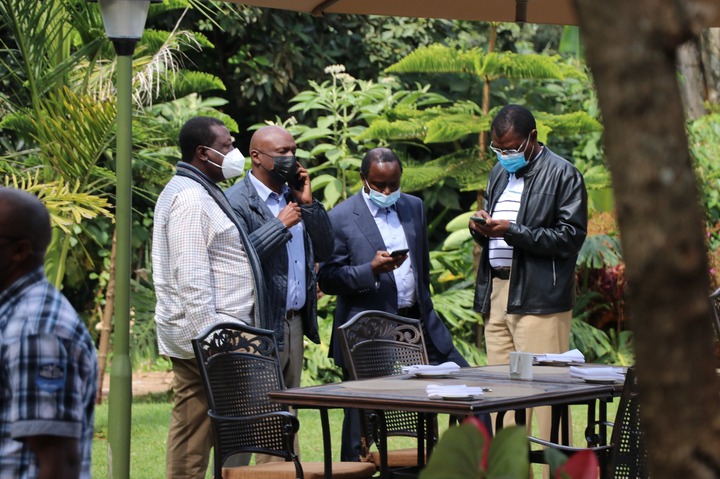 Hon Wetangula bemoaned on Twitter about how his party was almost stolen away from him by those within.

To indict Raila, Wetangula captioned an old photo screenshot of Western MPs Wafula Wamunyinyi and Eseli Simiyu, as well as current Devolution CS Eugene Wamalwa, holding a talk with the ODM leader, a few days before there was instability within Ford-K to oust the Senator as its leader.

Weta added that it was so chaotic that the number of victims from the party conflict are still unknown. He did, however, emphasize that Ford-K is a party that forgives and never seeks vengeance on its opponents.

"You remember this picture? A few days before the notorious attempted coup in Ford Kenya was staged. It became messy and noisy! The casualties are not known. We in FK will not carry the burden of unforgiveness, hatred or revenge, we are in God's hands," he wrote. 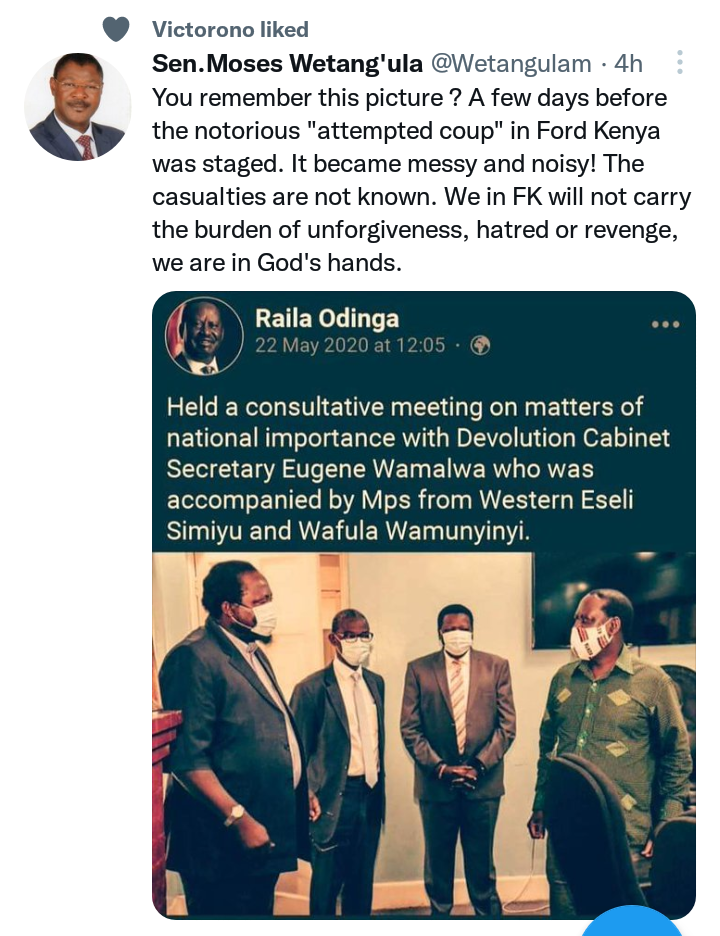