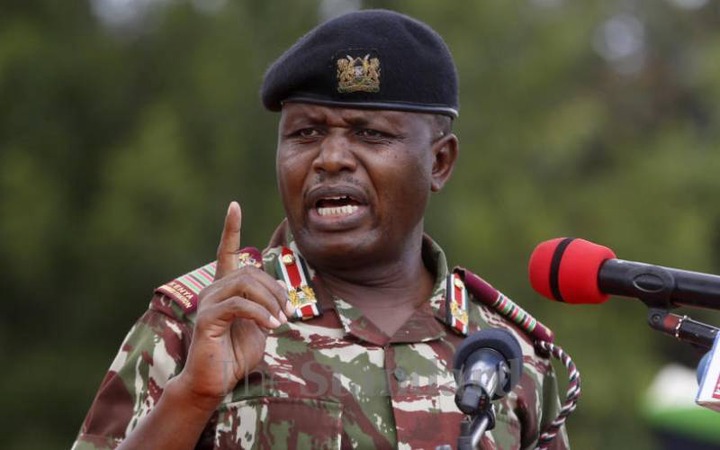 Yesterday,Natembeya asserted that the Senator was bitter and highly envious about the great achievements which he accomplished in the two years that he was a regional commissioner.

Natembeya made this remark as he was reaffirming his resolve to run for the Trans Nzoia’s governor's seat in the forthcoming August 9 elections.He claimed that some politicians had developed cold feet after learning about his big political move.

Kipchumba Murkomen and MP William Kamket have both since publicly opposed Natembeya’s venture into politics after they crossed paths during Natembeya's time as a regional administrator.

On Citizen's JKL tv show, Natembeya in a rejoinder said that Senator Murkomen was and I quote ‘narrow-minded politician with a bloated ego' and thus he had nothing releveant to tell him about governance.

He said it was sadly unfortunate that Senator Murkomen seems to harbour bitterness and anger over things that have nothing to do with him as a person.

He said that Senator Murkomen has a big ego and he thought that he would intimidate and bully him.

Natembeya said that he decided to venture into politics to sanitise and dispel the notion that politics is a murky affair that only seasoned politicians could venture into.

Natembeya said that his venture into politics would motivate the youth and women to have the courage to contest for elective positions without having to worry about the perceived political bigwigs.

He said that politicians like Murkomen want to make politics to look murky so that they could scare away people like him from entering into politics.