The honour of entertaining the office bearers following each election has been granted since the Office of the Deputy President was established in 2010 and is located in the centre of Nyeri town.

Rigathi Gachagua, the current Deputy President, and William Ruto, who held the office from 2013 to 2022, have both stayed at the New Eden hotel in Green Oaks.

As the head of state periodically visited hotels to speak with business owners thereafter, the images were credited with helping to fuel the hustler narrative that dominated the campaigns. 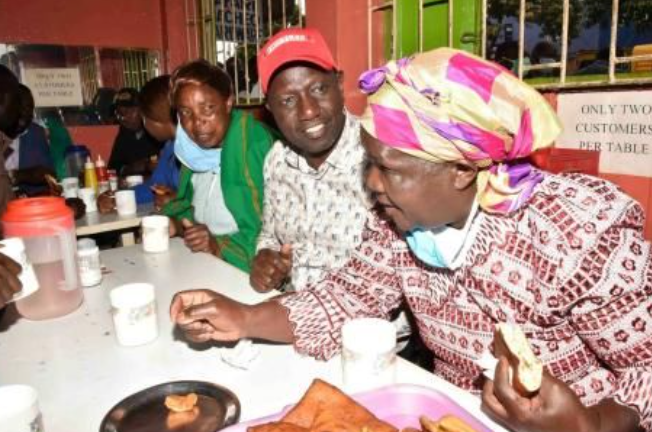 Ruto gave a statement in response to the picture in which he described his time spent at the motel and characterised the proprietor as a hustler who was fighting against all obstacles to make ends meet.

On the other hand, Gachagua followed suit on November 22—months after taking the oath of office—and was invited to the hotel, where he ordered the renowned mandazi and tea.

The hotel is well-liked by the political elite, including leaders of Azimio, in addition to the couple.

Residents claim that politicians adore the hotel because of its advantageous location, which enables them to stage rallies outside due to its open area.

On May 16, 2022, for instance, political figures under the direction of former Nyeri Town MP Ngunjiri Wambugu organised a rally there in honour of Martha Karua's selection as Azimio la Umoja's running partner.