By Otieno-Onguko (self media writer) | 6 months ago 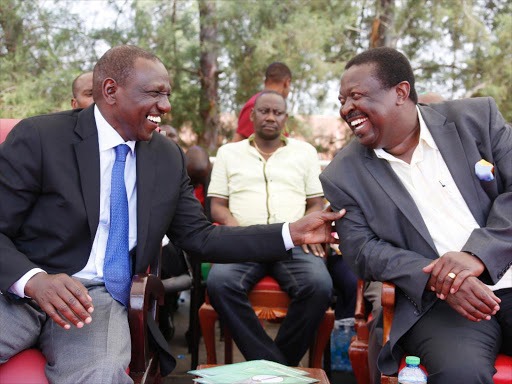 The meeting, which was held at the Safari Park Hotel, according to the MKF, was aimed at helping its members identify the best person to succeed President Uhuru Kenyatta before endorsing them.

But Ruto now says that that it was all a formality, as the foundation had already settled on ODM leader Raila Odinga, this being the reason why it announced Raila in the absence of Mudavadi and his OKA team.

He has suggested that they never intended to endorse him and saw no need to even tell him if he passed or failed the "interview".

“They conducted an interview for Musalia, and never gave him feedback of whether he passed or not, it is because they had a preferred candidate," he said on Wednesday in Kakamega, reports the People Daily. 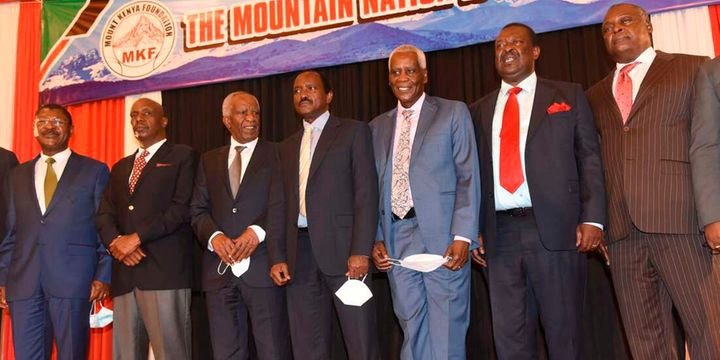 Mudavadi appeared alongside his OKA allies Moses Wetangula, Kalonzo Musyoka and Gideon Moi, who have all declared interest in the presidency. Also present was the fifth co-principal Cyrus Jirongo.

But the MKF on Wednesday last week said that it's choice is Raila and in a resolution read by Agriculture CS Peter Munya, stated that the it has concluded that he is best placed to lead the country next.

Ruto also used his Kakamega tour to woo Mudavadi and Wetangula to join his camp for better chances of being in the winning team come next year.

"I want to ask you, my supporters, do you want Mudavadi and Wetangula to work with hustler or not?" he posed amid noises of agreement from supporters who had gathered to listen to him.