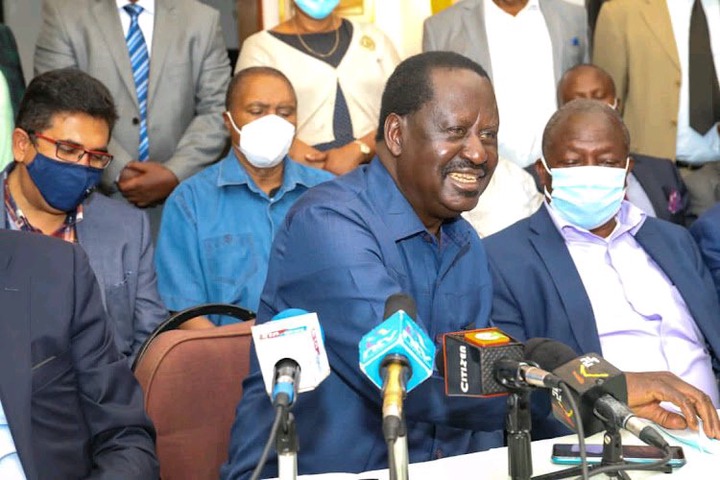 Deputy President William Ruto has acknowledged the former prime minister Raila Odinga's political ability and might to get his things done, even in foreign environments.

The two, who were both ODM party members in 2007, and are both eyeing the presidency in the 2022 general polls, are now the worst of political enemies in the country who can hardly go for some days without attacking each other, with the Ruto yesterday admitting that it is Raila that has crushed the government.

The second in command said that Raila Odinga even ruined the ruling Jubilee Party and managed to have the country for a few months dance to the referendum reggae.He admitted that of the three, only the referendum failed, indirectly stating that the former prime minister indeed is powerful, considering the fact that he was not a Jubilee Party member or in government.

"You heard the President say the Big Four agenda implementation faced hurdles. This is because we invited Raila, who disorganised our government and broke down Jubilee into pieces and lastly told us to play BBI reggae. He told us to change the Constitution so as to create more positions for the rich but it was stopped by God,” he said in Machakos. 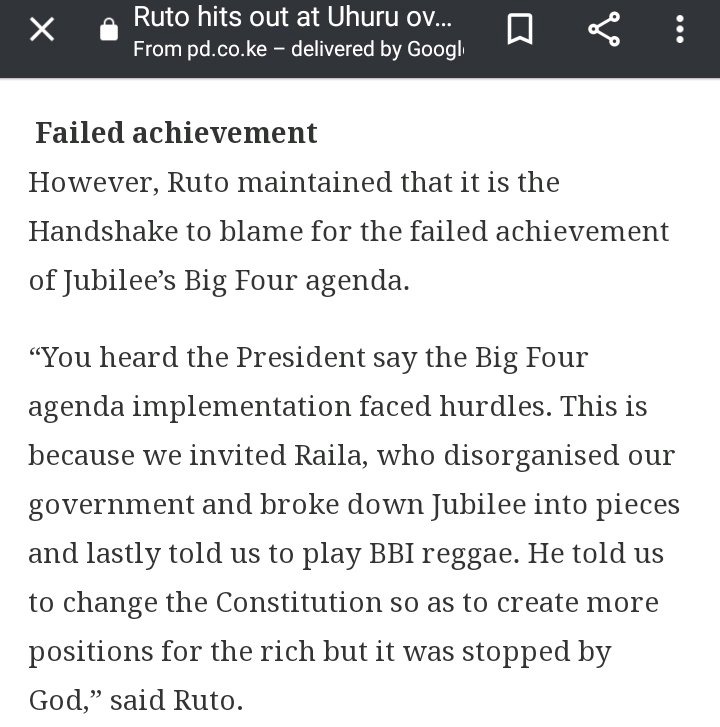 The UDA chief has also been blaming the ODM party leader for misleading President Uhuru into abandoning the Big-4 Agenda, adding that it is thanks to their handshake that he (Ruto) has been kicked out of Jubilee.

Speaking to the members of the Kamba community, Ruto said that Raila and other political aspirants have nothing to show for the long time they've in politics, unlike him whose track record is clear for all to see.

“Those I am competing with, what can they show in terms of development here in Machakos? Have they done any road? They do not deserve any of your votes,” said the DP.

Interestingly, this has been coming from a man who had earlier said that Raila cannot push him out of the ruling party the way he did when he was in ODM, remarks he made at the Coast in 2018.