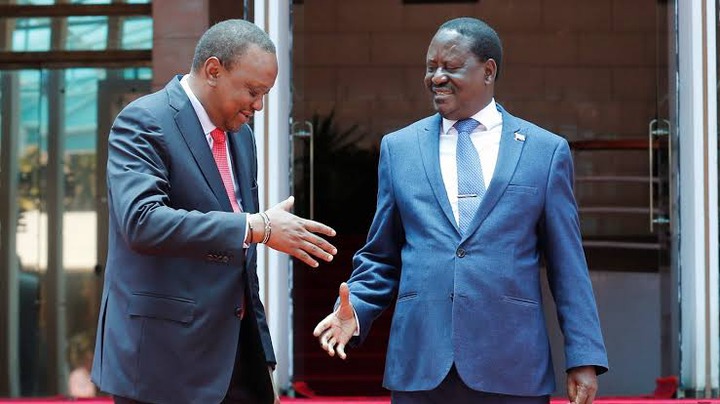 When President Uhuru Kenyatta finally came together with ODM party leader Raila Odinga through the handshake, they used to walk one path. That was illustrated last year when Jubilee party opted to stay away from the Kibra parliamentary by-election citing the handshake. Jubilee also respected the handshake in the Msambweni parliamentary by-election where they did not field a candidate because they felt it was an ODM seat. In return ODM has also been doing that as they pulled out in the London Ward mini poll in favour of Jubilee.

While the people had started getting used to that trend, things seem to be changing, and if they really change, then the handshake may be in jeopardy. That is because President Uhuru Kenyatta's Jubilee has declared war with Raila Odinga's ODM party in Bonchari after they decided to field a candidate. ODM had fielded a candidate earlier and with the area being their stronghold, many people expected that in the spirit of the handshake, Jubilee would end up supporting ODM but that is not the case.

Today, Jubilee party Secretary General Raphael Tuju confirmed they will be fielding a candidate known as Zebedeo Opore in Bonchari while there will also be a place for Susan Waititu in Juja and Abdul Yusuf in Garissa. 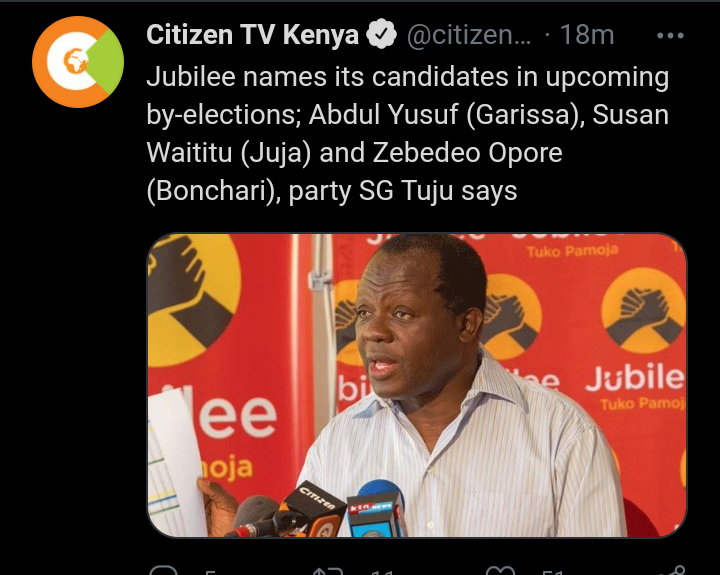 That is definitely a bad news to Raila Odinga and his ODM party. It is also a move that puts handshake in jeopardy if the two parties will contest seriously in that area. In this time where there have been tensions already between handshake partners, competition between them is the last thing they can wish for. It may be the beginning of an end to the handshake if they will not talk and agree on one party fielding a candidate.