By Politics®kenya (self media writer) | 1 month ago 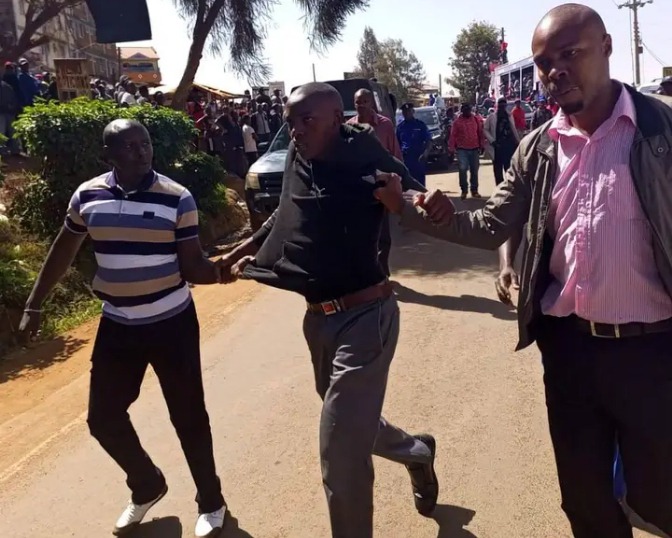 Reports of a man who was roughed up by Azimio leader Martha Karua's security minutes after shouting and chanting William Ruto's name in Othaya emerged online.

According to reports, a man only identified as Moses was chanting Ruto's name while Martha Karua was addressing her supporters at Othaya along the road.

He was unfortunate after several strong men believed to be part of the security personnel of Martha Karua scampered at him and arrested him before taking him to one of the police vehicles that were on standby. 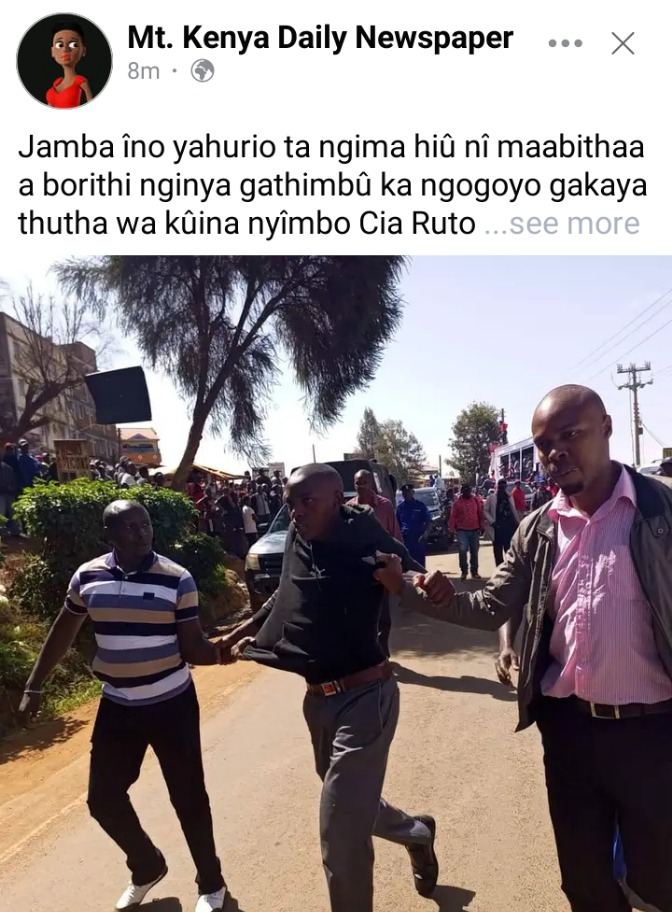 Martha Karua had been accompanied by several leaders from the Mt. Kenya region especially those from the Jubilee party. She had jumped into the region to sell her agendas ahead of the 2022 general election.

Azimio coalition which is being led by Raila Odinga and Martha as his running mate has faced challenges in the Mt. Kenya region as many people oppose them and instead preferred the Kenya Kwanza coalition which is led by William Ruto. 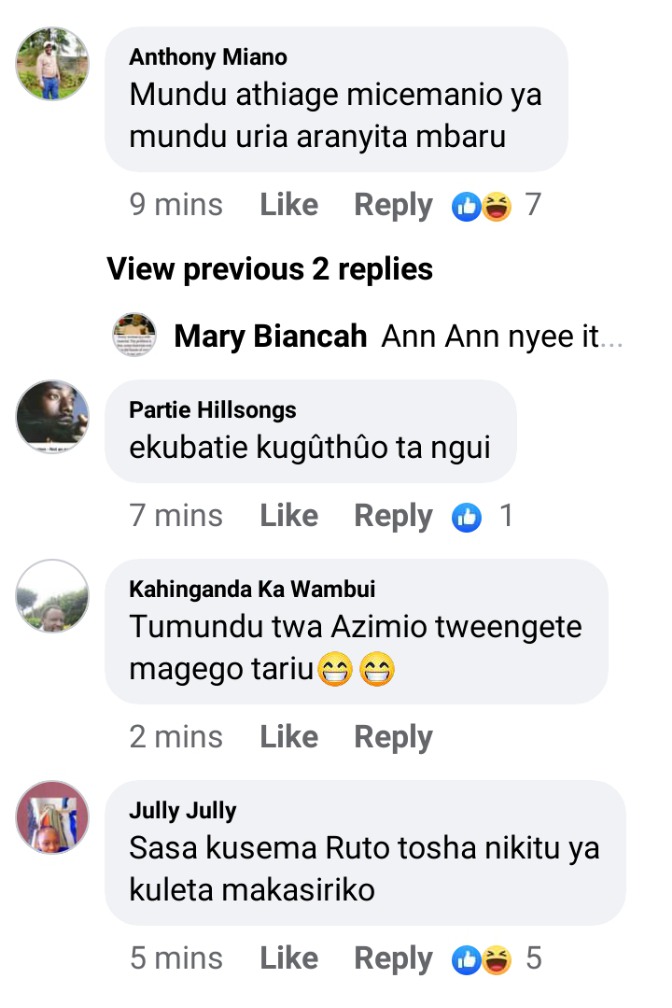 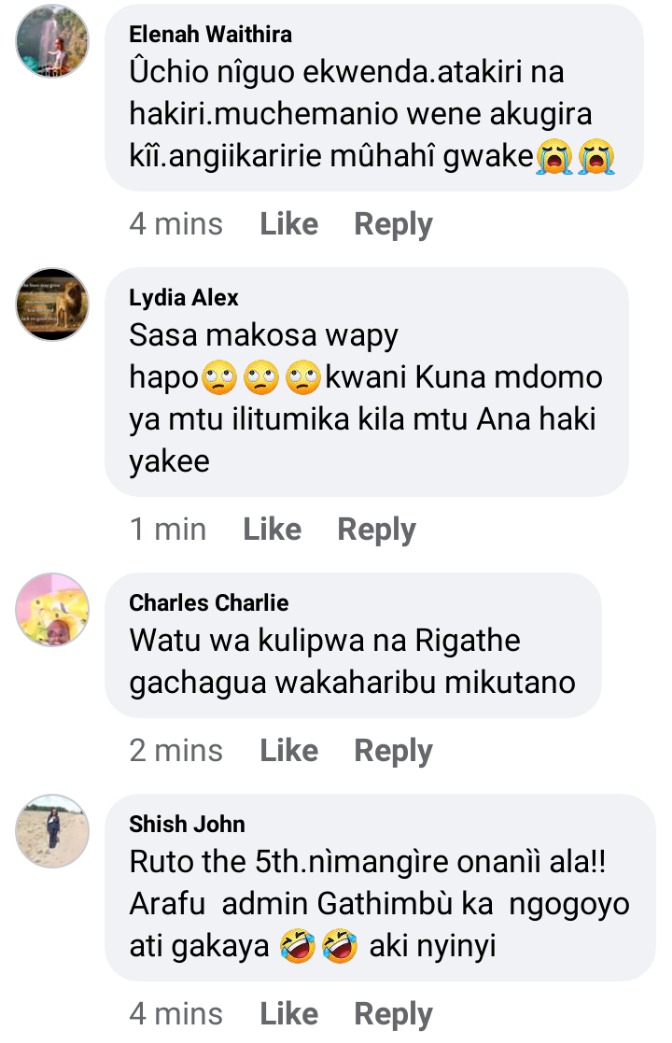 Content created and supplied by: Politics®kenya (via Opera News )