By Jayyveroh (self media writer) | 2 months ago 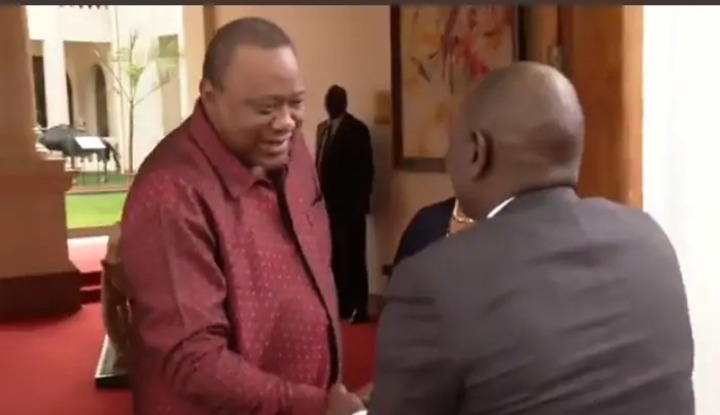 Details have emerged about the various activities that led up to President John Jomo Kenyatta's emergence as a prominent politician. It has been revealed that he was not interested in politics when he first started. He enjoyed being involved in business and was a political scientist.

According to a relative, he stopped being interested in politics in 1995 and spent his time selling French beans outside a hotel in Thika. He also reportedly became too busy drinking and celebrating. This was bothering his mother, Ngina.

During this period, Ngina believed that her son, who was a young man, should one day rule Kenya like his father. She then approached former President Daniel Moi for assistance. According to the relative, the young man was not interested in politics until his mother intervened in 1995. 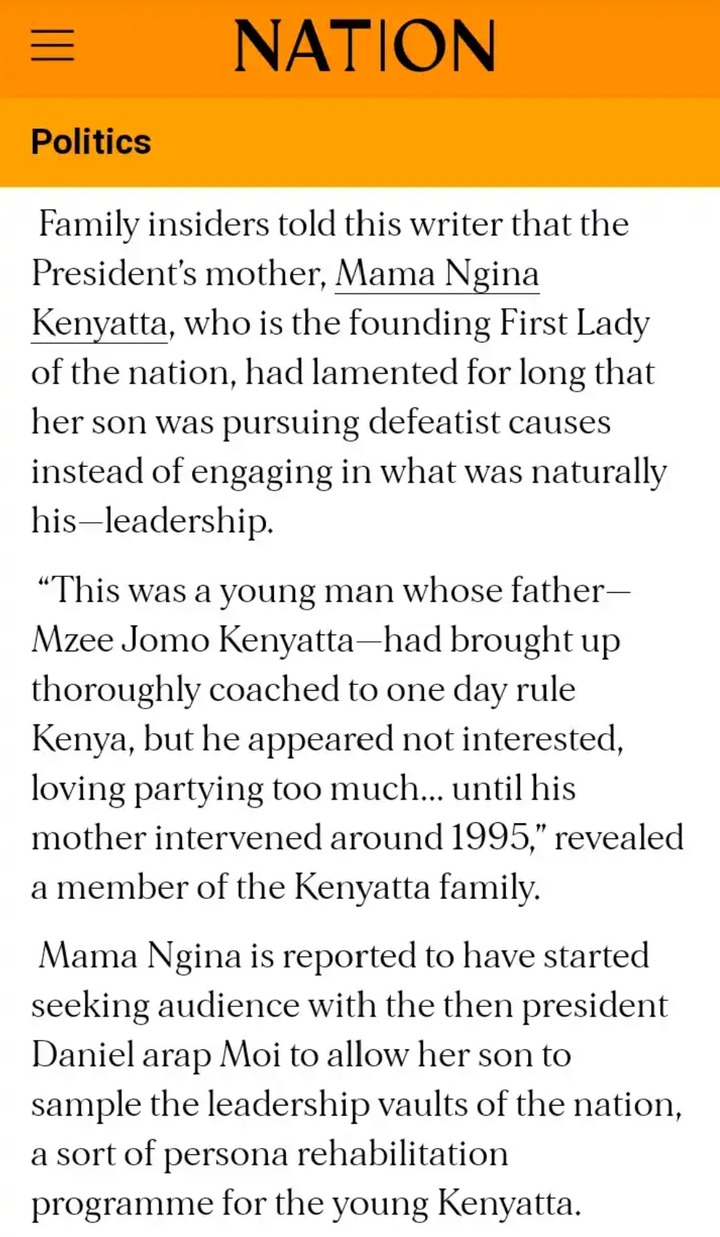 According to his cousin, Kungu Muigai, the president wanted to be seen as a common person instead of a politician. He broke away from the family's influence and became a person who could relate to people without worrying about the perks of power.

After Ngina intervened, he was eventually brought under the leadership of former President Daniel Arap Moi. He was then nominated as the chairman of the Gatundu KANU in 1997. In 2002, he was supposed to run for the presidency, but he failed. He eventually rose to the top in 2013 and was re-elected in 2017.

Content created and supplied by: Jayyveroh (via Opera News )