By TimingNowKE (self media writer) | 4 months ago 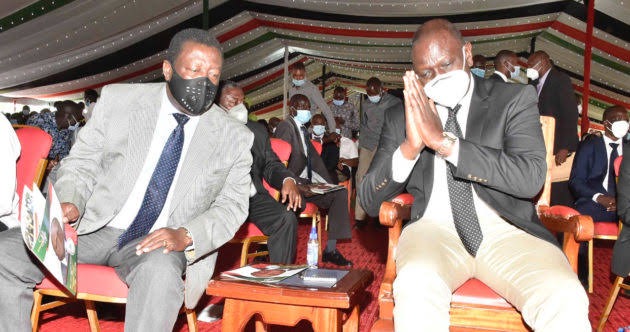 Photo courtesy (Musalia Mudavadi with DP Ruto in a past event)

The vocal COTU boss who is a close ally to Raila Odinga has recalled back in 1994 when Musalia was still the Minister of Finance.

Atwoli has said that the ANC boss while he was in charge of the Finance ministry sneaked in the redundancy clause into the Finance Bill then, which was suggested by the World Bank, allowing employers to declare redundancy without consulting workers.

The COTU boss has further questioned how Musalia will empower workers as seeks the Presidential seat.

"Mudavadi, in 1994 while minister for finance, sneaked in the redundancy clause into the Finance Bill of 1994, as suggested by the World Bank, which allowed employers to declare redundancy without consulting workers. So how will he empower workers?" the COTU boss has said via his twitter account.