Kitui Governor Harity Ngilu has yelled at Deputy Resident Willie Ruto on his plan to relocate squatters in the coastal region. 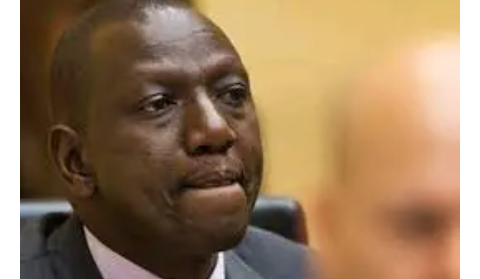 Ngilu claimed that because he is the one who created some of the land disputes, the D lacks the ability to address them.

In the first term of the Jubilee government, the governor claimed that Ruto was a major setback in terms of resolving the claimed land disputes for coastal residents.

Speaking in Matuga, Kwale, Ngilu claimed that the Bottom-Up Economic Model of D'Ruto is intended to take resources from the bottom up, leaving the poor people with nothing.

She continued by saying that D's wheelbarrow calls promote laziness and poverty.

Ngilu stated "zimio l'Umoja" One candidate for president of Kenya, Raila Odinga, has the finest agenda for the country's citizens.

Ngilu is on a six-day campaign to popularize the Zimio in the east region. For Raila and his running mate, Martha Karua, one Kenyan is drumming up support. 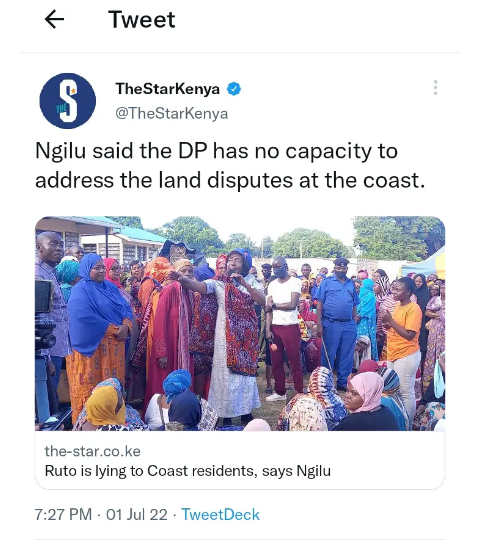 Before the elections on August 9th, William Ruto, the vice president, and Rigathi Gachagua, his running mate, are dominating the campaigning. The Kenya Kwanza team published their manifesto, which included agriculture as one of their seven key goals.

Earlier, the Azimio campaign, led by former Kenyan prime minister Raila Odinga and his running mate Martha Karua, also unveiled their platform. Both of the two sides are putting in a lot of effort to make sure their governments replace Uhuru Kenyatta's on August 9.

Despite their political disagreements, all Kenyans have been exhorted to uphold peace. In order to ensure that all Kenyans live in peace, politicians such William Ruto and Raila Odinga are leading the way.