By Phalam (self media writer) | 1 month ago 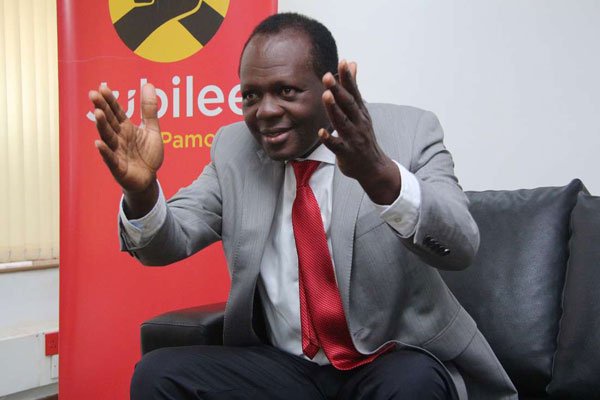 The Secretary- General of the ruling Jubilee party Raphael Tuju has shocked Kenyans after it was revealed that he messaged the Head of State His Excellency President Uhuru Kenyatta and asked him to block the ongoing political tour of the Deputy President Mr. William Samoei Ruto in Kakamega.

According to a source from the Kieleweke Camp which consists of politicians allied to the Head of State, the move by the Deputy President to conduct his tour in the Western region has heavily angered the Jubilee party. It was revealed that the second in command is planning to divide the votes from the Western region which is considered a territory of the Orange Democratic Movement (ODM) party leader Hon Raila Odinga.

Tuju who has come out in recent days to publicly slam the Deputy President is reported to have told the Head of State to send police officers to the area to block residents from engaging and gathering in the rallies of the DP. According to the source the Deep State is planning to make sure that the containment measures of the deadly COVID- 19 disease are adhered to in the area.

The move is set to disrupt Ruto and sabotage his presidential ambition in favor of whoever the Head of State will endorse in the upcoming presidential contest scheduled for August 8 next year.

Ruto is currently set to contest under the party ticket of the recently formed United Democratic Alliance (UDA) following the fallout in the ruling party which was greatly influenced by the poor relationship between him and his boss who are leaders of the party.

Various local sources have also reported President Uhuru is set to back one of the former leaders of the National Super Alliance as his preferred presidential candidate. On his point, the Head of State also stated that it is about time that other communities aside from the Kikuyu and the Kalenjin get a chance to lead the country.

Use Just Cassava Leaves And Ginger To Treat These Diseases

Lacazette on the rescue as Arsenal share the spoils