By TeresaKE (self media writer) | 6 months ago 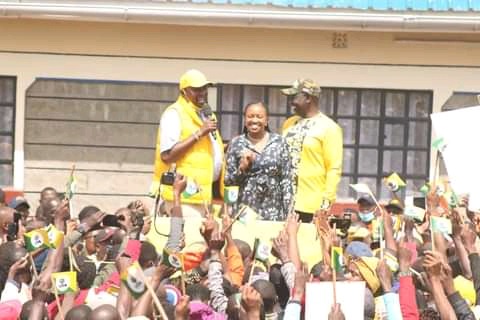 Nakuru Senator Susan Kihika has dismissed allegations going round that she has neglected Bahati member of parliament Kimani Ngunjiri from accessing and taking part in the affairs of the United Democratic Alliance (UDA) party in the county.

The claims had it that Ngunjiri has not been able to take part in most issues going on in Nakuru as far as UDA is concerned, arguing that Kihika's close friendship with Deputy President William Ruto who is the party's leader has proved it difficult for Ngunjiri to have freedom in the party.

According to report by NTV, Kihika who spoke after a meeting with UDA aspirants in Nakuru on Wednesday, claimed that the allegations are being propagated by people who have sensed defeat, and want to cause a fall out within the UDA party, so that their members join the small and tribal political outfits in the county.

"The Deputy President has said any friendship with him does not guarantee a favour or anything, such propaganda is coming from the other parties and not UDA. They want our members to join their weak dead parties," said Kihika.

Her remarks were echoed by MP Gideon Keter who said that the party is united and everything will follow the right channels.

The UDA's secretary general Veronicah Maina assured the aspirants that the party will conduct free and fair nominations that will take place in April this year. 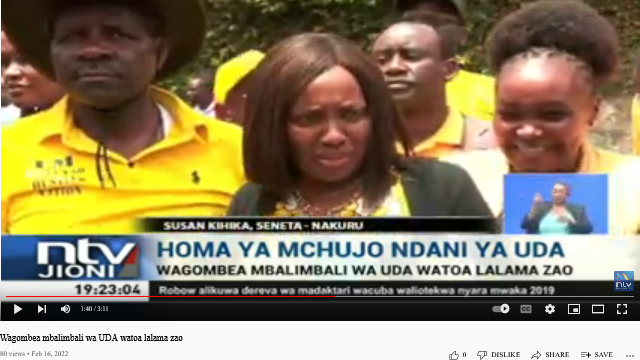 What Atwoli Has Said About His Alleged Resignation Plan

Ruto Stirs Up Kakamega, Mombasa Gubernatorial Races as he Expresses Confidence of Winning

"It's not fair" : Cherera Sends A Message To Kenyans About Circulating Her Photo With Azimio Leaders

DP Ruto Sends Message to Azimio, Kenya Kwanza and Other Leaders, Tells Them What to do