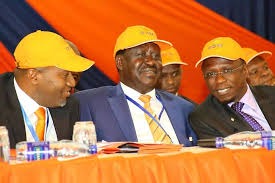 The intelligent and hardworking Hon. Ababu Namwamba joined the Incumbent President Uhuru Kenyatta in welcoming Malawi President His Excellency Lazarus Chakwera in the State House Nairobi this morning. Hon. Ababu Namwamba is still quiet and has not yet revealed anything concerning his political future. 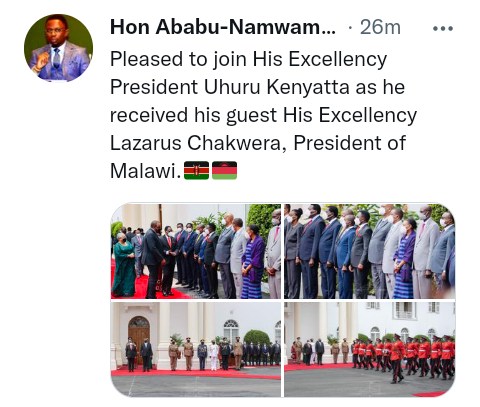