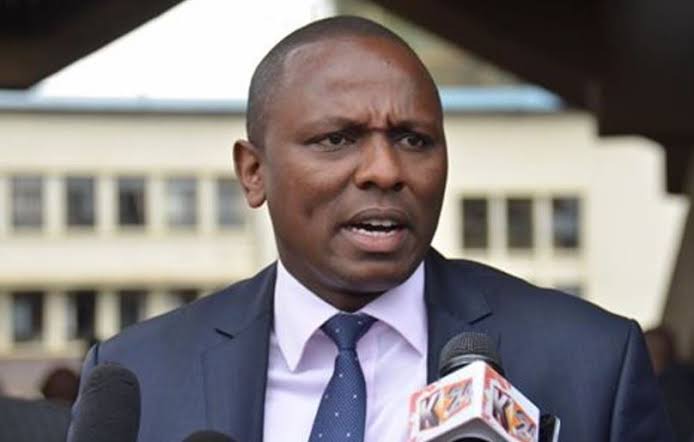 Junet Mohamed, MP, Suna East has again claimed that what he said in Nyamira has totally been blown out of context, been misinterpreted, misreported, misdirected. He said that the campaigns are local and he was addressing the Gusii community and his statement was not based on excluding anyone.

Junet said that he was trying to excite the people and tell them that they need them to be together in this time so that their numbers can be formidable as Nyanza. He said that he was speaking in Gusii land and not even in Luoland. He said that he has seen people who are shaken as they thought Mount Kenya was their region but that changed when Raila visited.

He said that the ODM people are not people who keep on changing tune like Tangatanga people. He claimed that they stick to their agenda. He said that every community they visit they give them the right information they have for them. was not talking about isolating anyone. He said that he has been to every Azimio function preaching peace.

Junet Mohamed said that those who do not believe in unity and oppose the Handshake are the ones shouting at the top of their voices saying they are secluded but those in the Handshake know what he was talking about and know my stand on issues of unity. He said that Raila Odinga believes in a just society that is why he is talking about creating a social welfare state for the country.

His message forced Kimani Ichung'wah to react. He said, "Misreported, misquoted @JunetMohamed should simply APOLOGIZE. Do not use others to excuse your running mouth exposing your deep held disdain for others and your ODM ideology of division and violence." 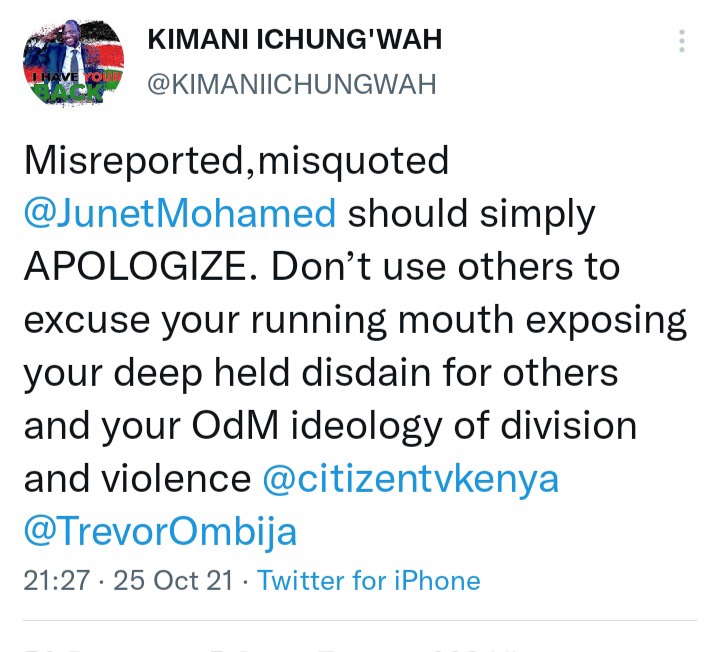 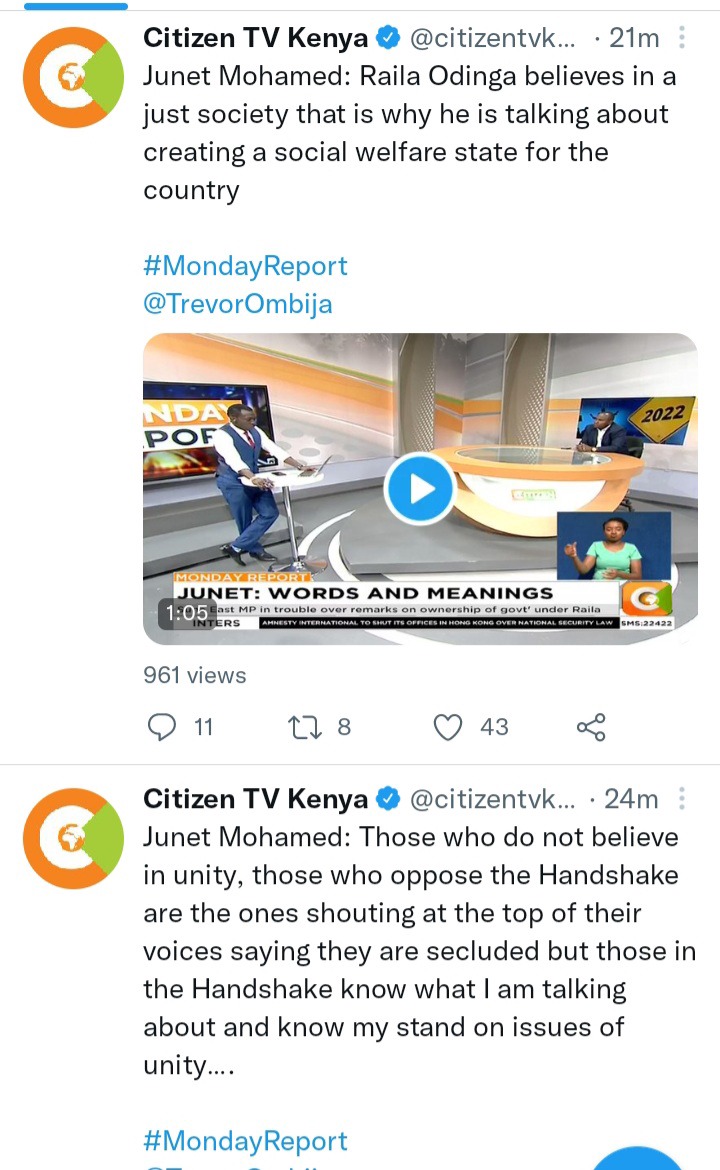 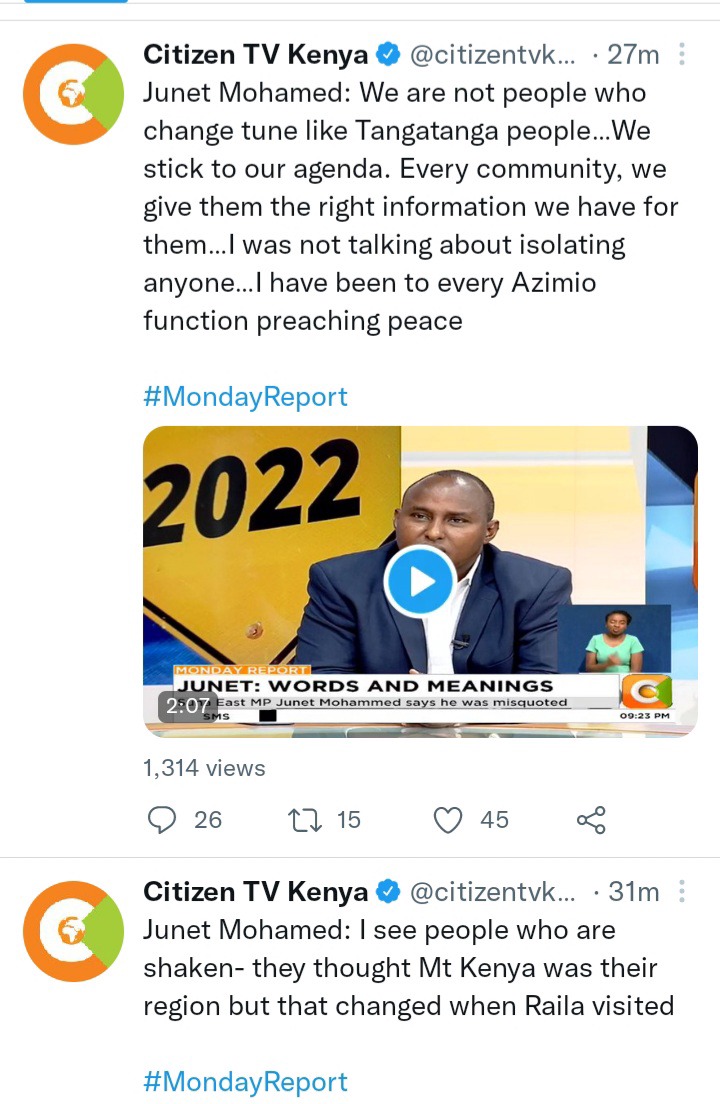 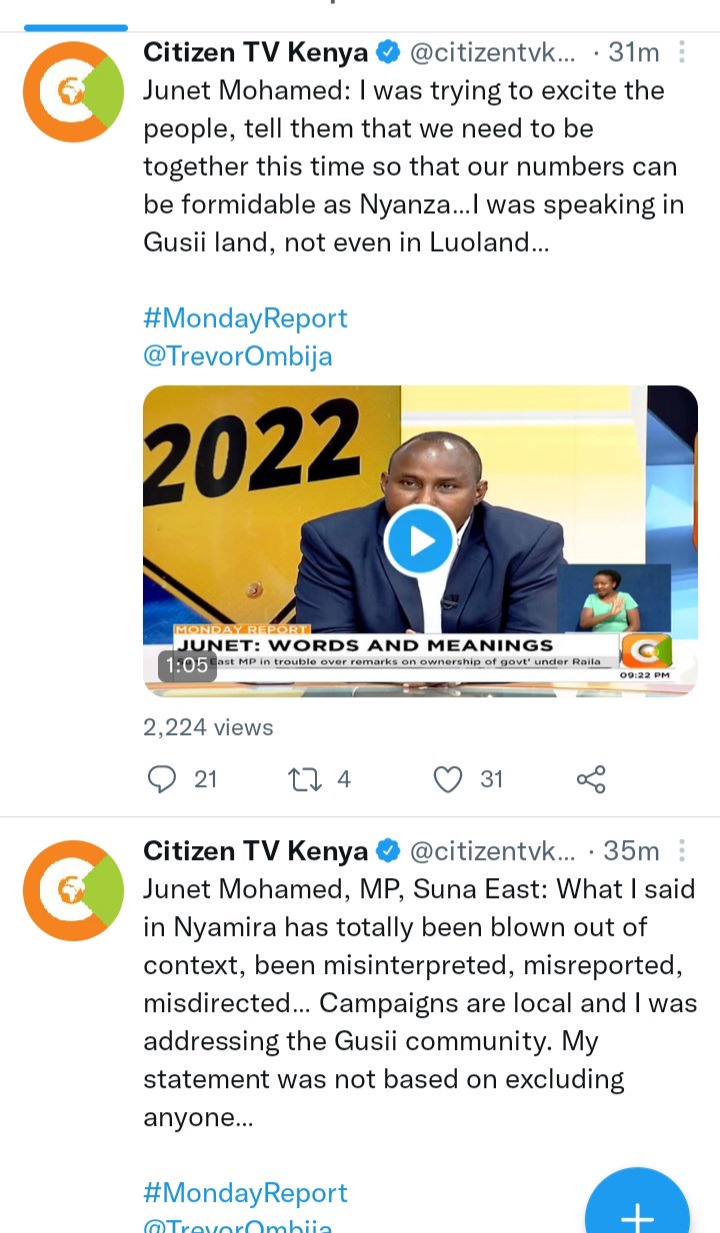 Opinion: Why 'Chebile' Could Be The Next Woman Representative For Bomet County