By Kenyanewszjunky (self media writer) | 8 months ago 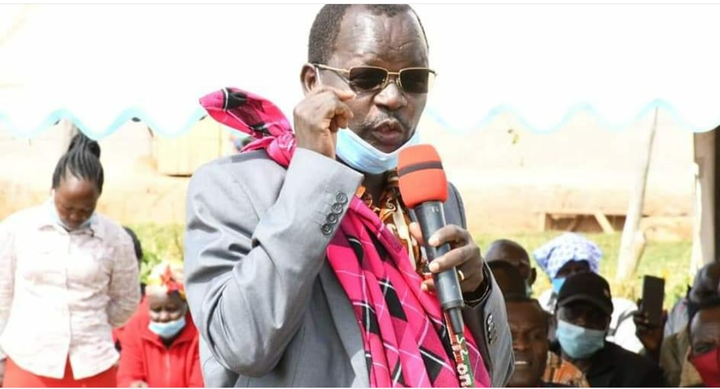 Pokot leaders want the government to stop the fresh operation to flush out bandits in Kapedo, Baringo, saying the dialogue was the best way to deal with the volatile situation in the region.

They said the Pokots were not to blame for the deadly attacks common in the contested area.

They spoke after Tiaty MP William Kamket was arrested and questioned over last Sunday’s killings.

West Pokot Governor John Lonyangapuo said the government should invest more in peace meetings and negotiations instead of armed operations.

The leaders also condemned the killing of a senior GSU officer last Sunday in Kapedo saying as leaders they will cooperate with security officials to boost security in the area.

Pokot South MP David Pkosing faulted a section of leaders for inciting residents in the area.

“You cannot bring peace in such a manner. Pokots are Kenyans and don’t deserve such humiliation. They should treat them as Kenyans because all Kenyans are equal,” he said.

He called on the government to look for the suspected criminals and not attack the whole community.

“A thief is thief and should be treated as an individual. We don’t want blanket condemnation. The culprits should carry their own cross. We want the Inspector General of Police Hillary Mutyambai and Rift Valley Regional Coordinator George Natembeya to work with area leaders,” he said.

“They should not use excessive force  but engage in dialogue with pastors, reformed warriors, youths, village elders and Nyumba Kumi leaders for residents to surrender illegal firearm they posses,” he said.

Other leaders and residents who protested in Makutano town while carrying placards accused the government for a “brutal operation” in Kapedo.

Nominated MCA Elijah Kasheusheu said l culprits from all the communities should be brought to book and condemnation of the whole community should stop.

“We want the Interior CS Fred Matiang’i to visit the area,” he said.

He said that the operation had already led to tension rising in the area.