Deputy president Ruto explains what happened on the day he almost slapped his boss president uhuru.

By EdinM (self media writer) | 1 month ago 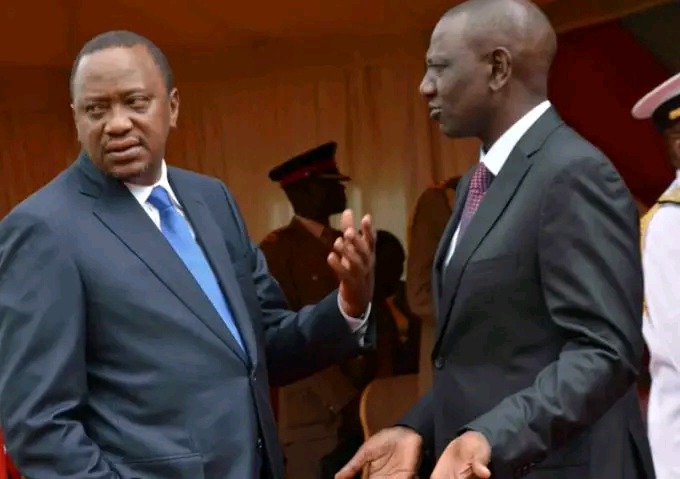 Kenya kwanza presidential candidate Dr William samoe ruto was latched in a hectic disagreement that almost turned into a physical confrontation with his President kenyatta following the nullification of their 2017 election win by Chief Justice maraga , recording has leaked of the same.

Dr Ruto is heard addressing Kikuyu elders in a discussion held on Friday at ruto's official Karen home,sheds brings light on the tensions following the phenomenal judgement of the retired chief justice maraga.

Ruto notified the Kikuyu community elders that the head of state was so agitated by the Supreme Court rulling, which ruled a repeat of the presidential election, that he almost gave up the battle for a second-term and it was only due to his assertion that uhuru decided to run again in the second election that was protested by Raila odinga.

UDA flag bearer is heard saying that he went to State House to meet his boss on September 1, 2017 after the Supreme Court had provided its judgment, where he held an uneasy dialogue with him: “So, ndiyo huyo… Oh, sasa, hii maneno, sijui nini, mimi sitaki, mimi nataki kuenda Ichaweri, sasa mimi sitaki, wacha tuachane na hii kitu.” (Here is the President and he saying that he is not ready to participate in the repeat presidential elections and that he wants to go to Ichaweri (his father's home town in Kiambu County) and abandon the second term”

“Mimi nikamwangalia, nikamwambia ‘wewe’! Ni vile tu nilikua na heshima, ningemchapa kofi. Ati sisi tuache? (I stared at him and told him ‘you!’ It’s only that I was being courteous I would have slapped him. How could we just relinquish ?)

Content created and supplied by: EdinM (via Opera News )

" Azimio Has Nothing To Take To Court. " Top Kenyan lawyer Says

Explainer: What Maina Kiai Declaration Means as Ruto, Raila Are Expected to Face Each Other in Court