By Jebinews (self media writer) | 3 months ago 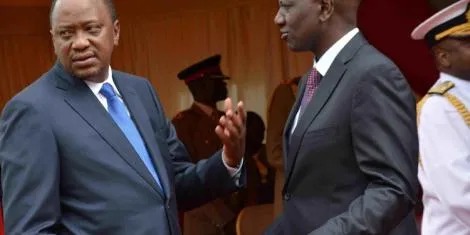 In the letter, signed by UDA Secretary-General Veronica Maina and Chairman Johnson Muthama, the party stated that it was worried about the government's inaction and the safety of the DP's supporters.

UDA pointed out the fracas witnessed on Sunday, January 16 during a rally held at Jacaranda Grounds in Nairobi's East Embakasi Constituency.

The party revealed that rowdy youths who were chanting 'ODM', 'Raila', and 'Azimio' slogans attacked their supporters, injuring some people and temporarily disrupting the event.

The DP's party is however concerned that nothing had been done to date to bring people who were behind the chaos to book.

"As a general rule, nothing has been done by the security agencies to prevent or arrest this egregious criminality. Without any form of accountability, the emboldened perpetrators continue to gloat over their deeds and threaten to unleash worse mayhem in future," the letter read in part.

Further, UDA noted that it had witnessed ten incidents of violent disruption and six had been brought to the attention of the Inspector General of the National Police Service (NPS), without action so far.

The party also claimed that the Orange Democratic Movement (ODM) had resorted to violence after being overwhelmed by political competition.

UDA urged President Kenyatta to ensure impartial and proactive enforcement of the legal framework to uphold Constitutional freedoms, human rights, democratic participation and national cohesion to avert violence similar to what was witnessed in 2007.