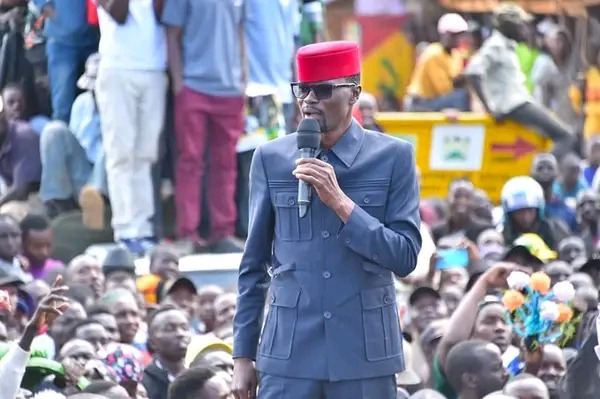 Kimilili MP Didmus Barasa hss accused his opponent for engaging in smear campaigns after it emerged that he is being tracked by the police for allegedly using the Constituency CDF car to conduct his campaigns.

A photo of the alleged car branded in United Democratic Alliance party colours and Barasa's photo has since gone viral.

However, while dismissing the allegations, the controversial MP pointed an accusing finger at his rival, Bryan Khaemba for allegedly being the man behind the claims.

Khaemba, is keen to oust Barasa come the August 9 general election and is vying on Democratic Action Party, which is linked with Defence Cabinet Secretary Eugene Wamalwa.

While daring Khaemba to bring it on, the MP insisted that no amount of smear campaigns will distract him even as he exuded confidence that he will easily be re-elected come the August 9 general election.

According to the fiery legislator, he is ready to record statement with the police as a way to express his Innocence and confirm that the allegations are politically motivated.

Barasa is reportedly being tracked by the police over the allegations.